The terminal, designed by noted architect Joseph Finger and built by the Works Progress Administration, is a rare remaining example of classic art deco airport architecture, featuring the distinctive design elements of that age: step forms, sweeping curves, and intricate geometrical patterns and motifs. Opened on September 28, 1940, the terminal was Houston’s gateway to the world, and served the fleets of Braniff Airlines and Eastern Air Lines. The terminal remained the City of Houston’s primary air transport terminal until 1954, when the city’s government ordered the construction of the new Houston International Airport Terminal, later renamed in 1967 to the William P. Hobby Airport, after the 27th Gov. of Texas, William P. Hobby, Sr. In 1978, Hobby Airport manager James Delong proposed demolishing the 1940 Air Terminal building to expand ramp space for Hobby Airport, but the efforts of aviation enthusiasts in the Houston area ultimately prevented the demolition. The City of Houston currently leases the terminal to the Houston Aeronautical Heritage Society, which has undertaken a massive restoration of the property. Today, the terminal houses the 1940 Air Terminal Museum. 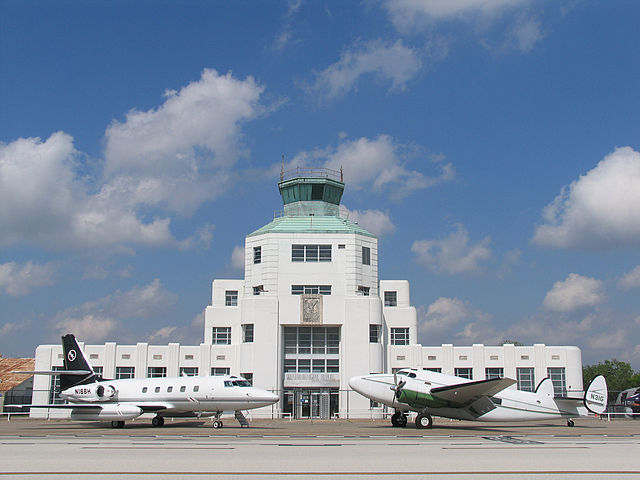