The canal was first proposed by James Watt in 1773 and 20 years later by John Rennie. However, no immediate action resulted.  It would be 1803, two years following the issue of Thomas Telford's Highland Report recommending construction of a broad network of roads, canals and harbor improvements throughout the Scottish Highlands, that an Act of Parliament would form the Caledonian Canal Commission, initiating serious work.  The main purposes of the canal were to provide an alternate to the hazardous and lengthy sail around the north of Scotland via the Pentland Firth, to provide badly needed employment and to encourage development of the Highlands.

Telford designed the canal with the assistance of his consulting engineer, William Jessop.  He then assembled an expert team of earth movers, stone masons, and iron workers who, beginning with an inexperienced labor force, battled difficult access, harsh weather and bad ground conditions for 18 years.  Typical of the significant construction engineering problems encountered were the extremely porous gravel soils at the Fort Augustus locks that required extensive dewatering and the soft and deep soils at the Clachnaharry sea-lock that were treated by pre-consolidated fill.

Although it did not live up to the commercial success that was expected, the Caledonian Canal did serve as an important military supply route during World War I.  Today, after considerable restoration by British Waterways, it is an important tourist and leisure attraction in the Scottish Highlands.  The sheer magnitude of the project and the severe conditions under which it was performed contributed greatly to the advancement of civil engineering knowledge in Britain and beyond. 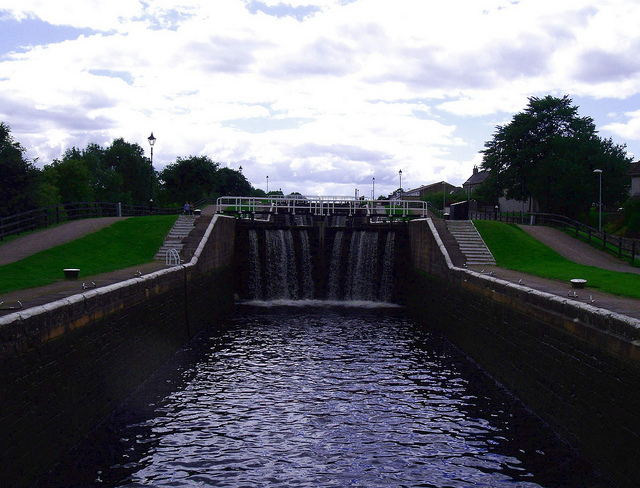