Historically, a camino real (Royal Road) is defined as a road that connects Spanish capital with Spanish capital, a distinction not shared with roads connecting ordinary Spanish or Indian villages. The term Camino Real implied that the status and privileges granted to the villas and capitals it connected were extended to the main routes of travel through use by officials and others acting in the interest of the crown. Unlike ordinary Indian and Spanish villages, villas like San Antonio and others along the route had charters that prescribed royal privileges. An important factor under which a town received a set of privileges was its economic importance to a region, province, or colony. Similarly, the main road through the villa or series of villas enjoyed the privileges granted. Historically, royal roads connected economically important Spanish towns, capitals of provinces, and mines that possessed a charter prescribing royal privileges.

As defined in the enabling legislation, El Camino Real de los Tejas was established to connect a series of Spanish missions and posts between Monclova, Mexico, and Los Adaes, the first capital of the province of Texas (in what is now northwestern Louisiana). The legislation also defines El Camino Real as an approximately 1, 000-mile long corridor of changing routes from Saltillo through Monclova and Guerrero, Coahuila, Mexico; San Antonio and Nacogdoches, Texas, and then east to the vicinity of Los Adaes in what is now Louisiana. It constituted the only primary overland route from the Rio Grande to the Red River Valley in Louisiana during the Spanish Colonial Period. 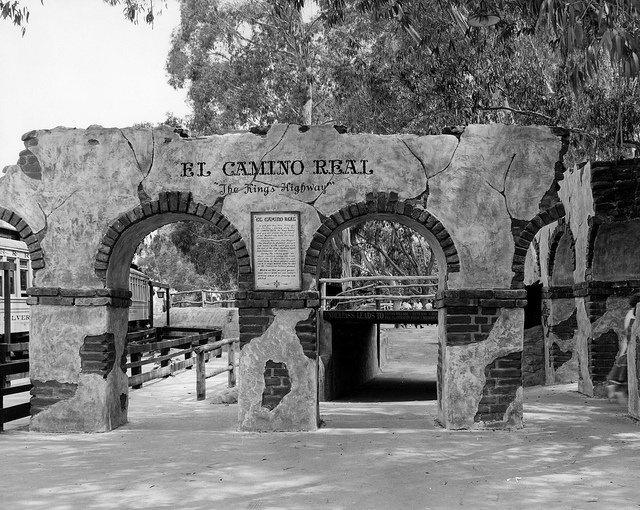