H. John was brought in to drill the relief well, which he did successfully in November 1933 using his technique of directional drilling.

His company grew into a global organization using directional drilling to reach oil under small off-shore islands and other places.

For more information, see: Technology and the “Conroe Crater” at the American Oil & Gas Historical Society 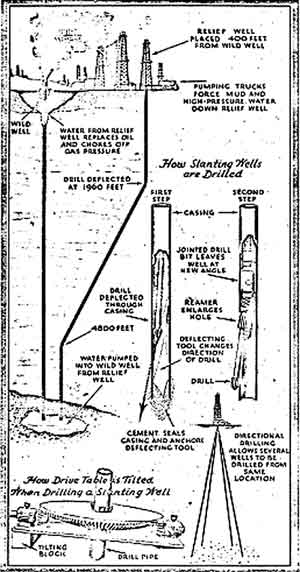 American Oil & Gas Historical Society
“Slanted oil wells are the latest sensation of the oil industry,” reports May 1934 Popular Science Monthly article. “Drilled by experts who use special tools and secret methods to send the bit burrowing into the ground at strange angles, they are finding amazing new applications.”
Address:
Conroe, TX, USA