Prior to the development of circular, corrugated, galvanized steel grain bins, prefabricated, non-corrugated steel bins were used because of cost, portability, rodent resistance and waterproof features, but bin capacity was limited.  In the 1920's, corrugated bins, which were larger in size and could support greater loads, were developed and became commercially available.  In the 1930's, research programs advanced their use, notably research by F. C. Fenton at Kansas State College of Agriculture and Applied Science and T. E. Long at North Dakota Agricultural College.  Later advances in aeration, bin filling/emptying, in-bin drying and stirring, and safety ladders/egress contributed to their success.

Today it is estimated that over 500,000 U.S. farm bins with capacity of over five billion bushels are in use.  Beyond the farm, commercial bins have individual capacities as large as one million bushels. 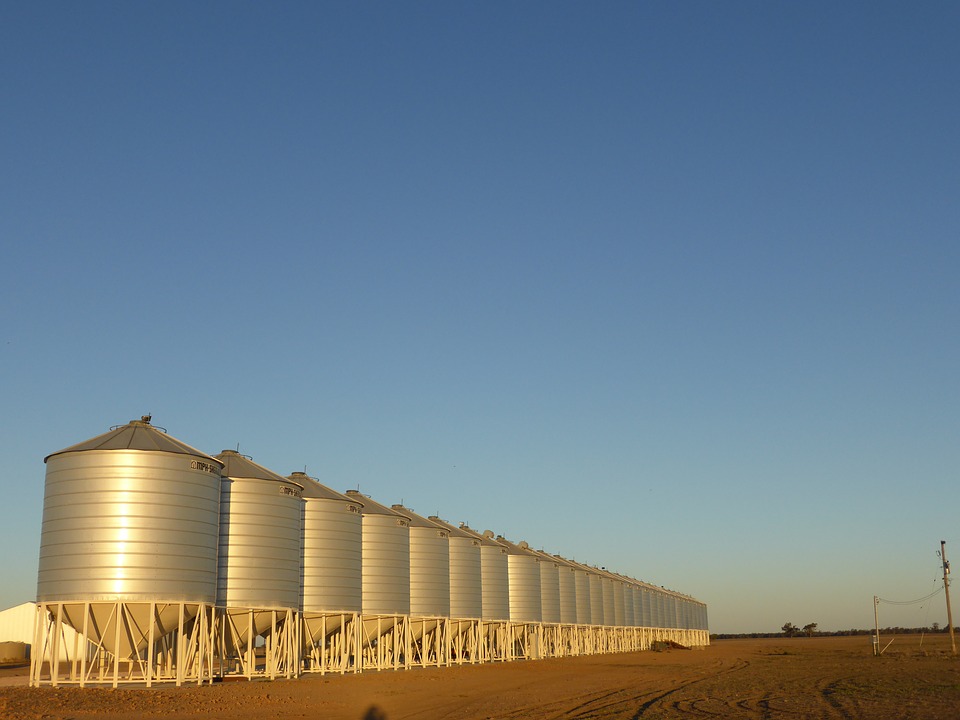