The Red Wing Project on Utilization of Electricity

The object of the Red Wing project was "To determine the optimum economic uses of electricity in agriculture and to study the value of electricity in improved living conditions on the farm." Although not the first service to farms in the U.S., it was likely the first built as an experiment specifically for collecting and publishing engineering and economic data. Financial support for the Red Wing Project was derived from the Northern States Power Company, manufacturers of electrical and farm equipment, the farmers of the Burnside community, the State Committee on the Relation of Electricity to Agriculture, and the University of Minnesota. After plans were formulated and the Burnside community near Red Wing selected for the construction of a test line, a 'high line' to carry service toNine farms of the community was built and electricity was turned on for the first time December 24, 1923. The University of Minnesota's Professor E. A. Stewart forged a close working relationship with the farm families on the Red Wing Line and with farm implement and electrical equipment manufacturers. Within three years of the inception of the project, individual farmers were using electric motors to cut silage, grind feed, hoist hay, pump water, separate cream, mix concrete and thresh grain. The enduring quality of the observations and data collected by the Red Wing Project and the recommendations based upon the data and experience was foundational to the expansion of rural electrification. 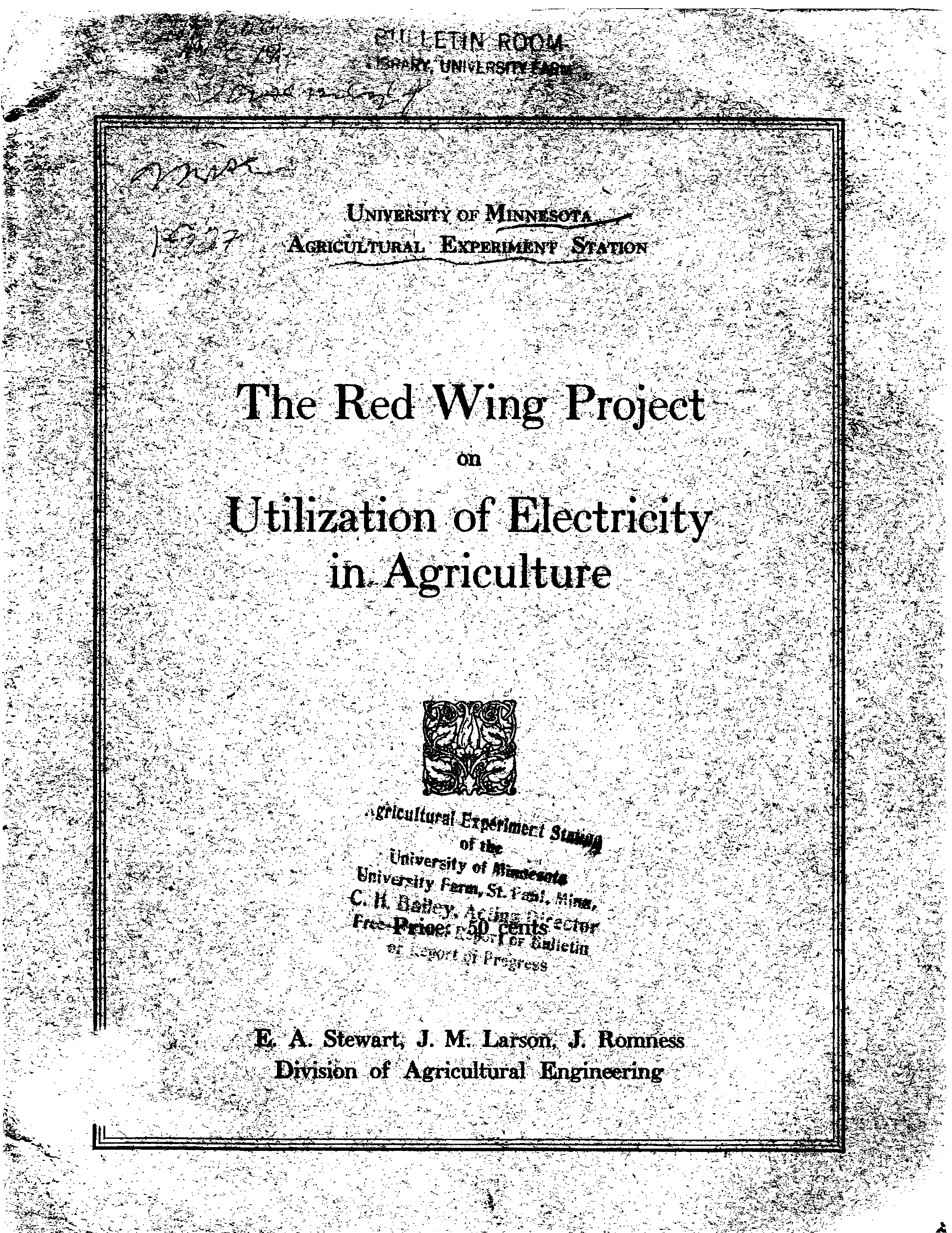