Discovery and Development of Penicillin

The introduction of penicillin in the 1940s, which began the era of antibiotics, has been recognized as one of the greatest advances in therapeutic medicine. The discovery of penicillin and the initial recognition of its therapeutic potential occurred in the United Kingdom, but, due to World War II, the United States played the major role in developing large-scale production of the drug, thus making a life-saving substance in limited supply into a widely available medicine.

In 1928, at St. Mary's Hospital, London, Alexander Fleming discovered penicillin. This discovery led to the introduction of antibiotics that greatly reduced the number of deaths from infection. Howard W. Florey, at the University of Oxford working with Ernst B. Chain, Norman G. Heatley and Edward P. Abraham, successfully took penicillin from the laboratory to the clinic as a medical treatment in 1941. The large-scale development of penicillin was undertaken in the United States of America during the 1939-1945 World War, led by scientists and engineers at the Northern Regional Research Laboratory of the US Department of Agriculture, Abbott Laboratories, Lederle Laboratories, Merck & Co., Inc., Chas. Pfizer & Co. Inc., and E.R. Squibb & Sons. The discovery and development of penicillin was a milestone in twentieth century pharmaceutical chemistry. 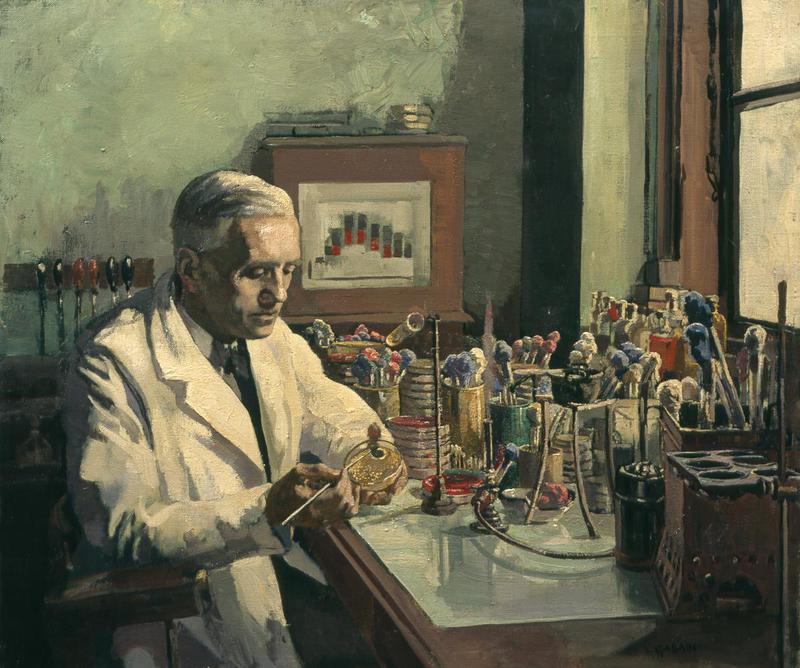