Much of the sophisticated system of canals, dams, gates, and tunnels built to manage water power in 19th-century Lowell is preserved today as the basis of the Lowell National Historical Park and the Lowell Heritage State Park. Pictured above is the Boott Penstock, an early channel adjacent to the Boott Mills (right).

The central part of the city of Lowell, Massachusetts-located on the Merrimack River just south of the New Hampshire border - was built almost entirely upon the industrial innovations of the 19th century, relying exclusively on waterpower for textile-mill production. Between 1823 and 1880 in Lowell, the dynamic application of waterpower was developed, studied intensively, and improved upon to an extent unknown anywhere else in the world.

Lowell's nearly six-mile canal system grew gradually, beginning with a shallow transportation canal in 1796 used for power only by a few small textile mills. In 1823, a group of investors began the more ambitious construction of a two-level canal system, which eventually powered more than two dozen large mills. A major building effort in the late 1840s expanded Lowell's available waterpower by another 50 percent, enough to drive 10 major mill complexes. In the 1880s, Lowell's economy began to falter when  electricity supplanted waterpower as the preferred power source of American industry. 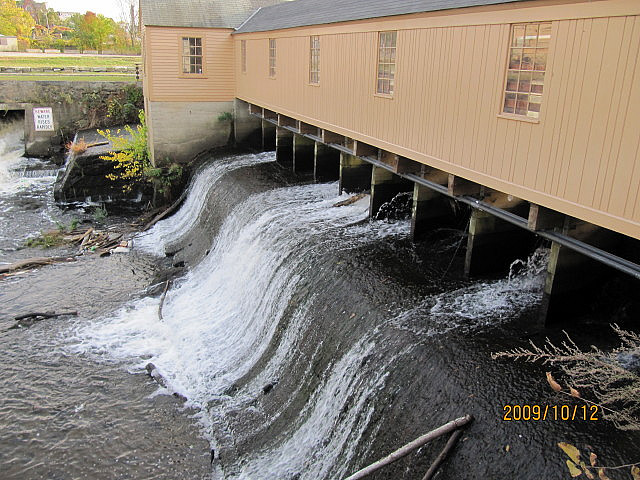