Work began in 1887 on the high-level truss "Winner Bridge" crossing the Missouri River at Kansas City. The piers were completed in 1890, but for financial reasons the project was suspended. John Alexander Low Waddell, renowned civil engineer, prepared an alternate design for a lift bridge in 1895, which would ultimately be built as the Armour-Swift-Burlington Bridge.

The Armour-Swift-Burlington encompassed many new innovations, primarily to take advantage of advances in materials and construction practices, like using riveted steel. It was the first bridge in Kansas City to provide separate rights-of-way for pedestrians, wagons, electric railways, freight trains, and motor traffic. It helped the city maintain its role as a railroad hub, permitted the railroads to expand their service, and opened up North Kansas City to development. Recent renovation has removed the highway traffic. Resources 1. Ernest E. Howard, "Vertical Lift Bridges," Transactions ASCE (Vol. LXXXIV), 1921 2. Katherine Goldsmith, Willard E. Winner: Case History of an Unsuccessful Promoter, His Times and His Influence, The Native Sons of Kansas City, Missouri, 1963. 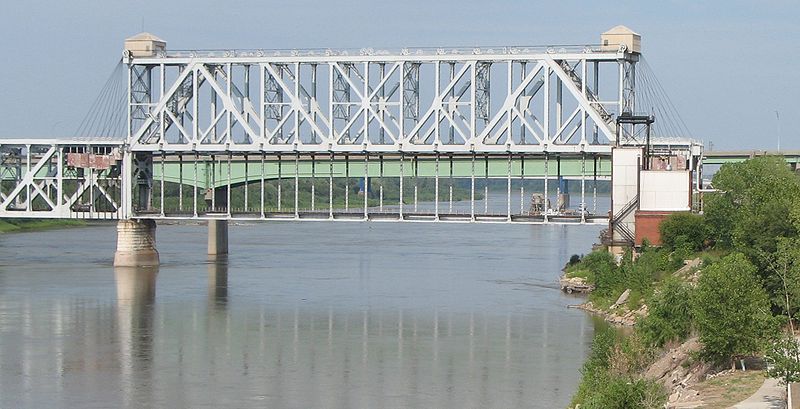