The Georgetown Steam Plant, a surprisingly complete and operable steam power plant after a career of nearly seventy-five years, was built in the early 1900s when Seattle's inexpensive hydroelectric power attracted manufacturers. Much of the power produced at this plant operated the streetcars. It marks the beginning of the end of the reciprocating steam engine's domination in the growing field of electrical energy generation for lighting and power.

The plant's three Curtis turbines, manufactured by the General Electric Company between 1906 and 1917, represent the first two generations of this American innovation. The design of the Curtis turbines established the steam turbine as a practical and compact prime mover, capable of producing large amounts of power. The Curtis steam generator was smaller, had three times the power, and operated more cheaply and smoothly than current-day generators.

The plant was built in 1906 for the Seattle Electric Company. Puget Sound Traction and Lighting Company (now Puget Power) bought the Seattle Electric Company in 1912. The plant supplied power to the Seattle-to-Tacoma Interurban and Seattle streetcars as well as residential and industrial power to Georgetown. Unlike many early boiler plants originally designed to burn coal and later converted to oil or gas, the Georgetown Plant began as an oil-fired plant only to be converted to a coal-fired plant in 1917 when oil had been in short supply. Fortunately, the plant had already made provisions for coal firing in the original design so all that was needed was conveyors and ash removal facilities.

According to a Seattle Steamer (newsletter of the Seattle Boiler Inspection Unit) article: "In April of 1995, the Georgetown Powerplant Museum was founded by Paul Carosino and Lilly Tellefson to restore, maintain and operate the Georgetown Steam (Power) Plant as a dynamic museum and teaching facility. They, along with a number of occasional and regular volunteers have been working to restore the plant and each piece of equipment. 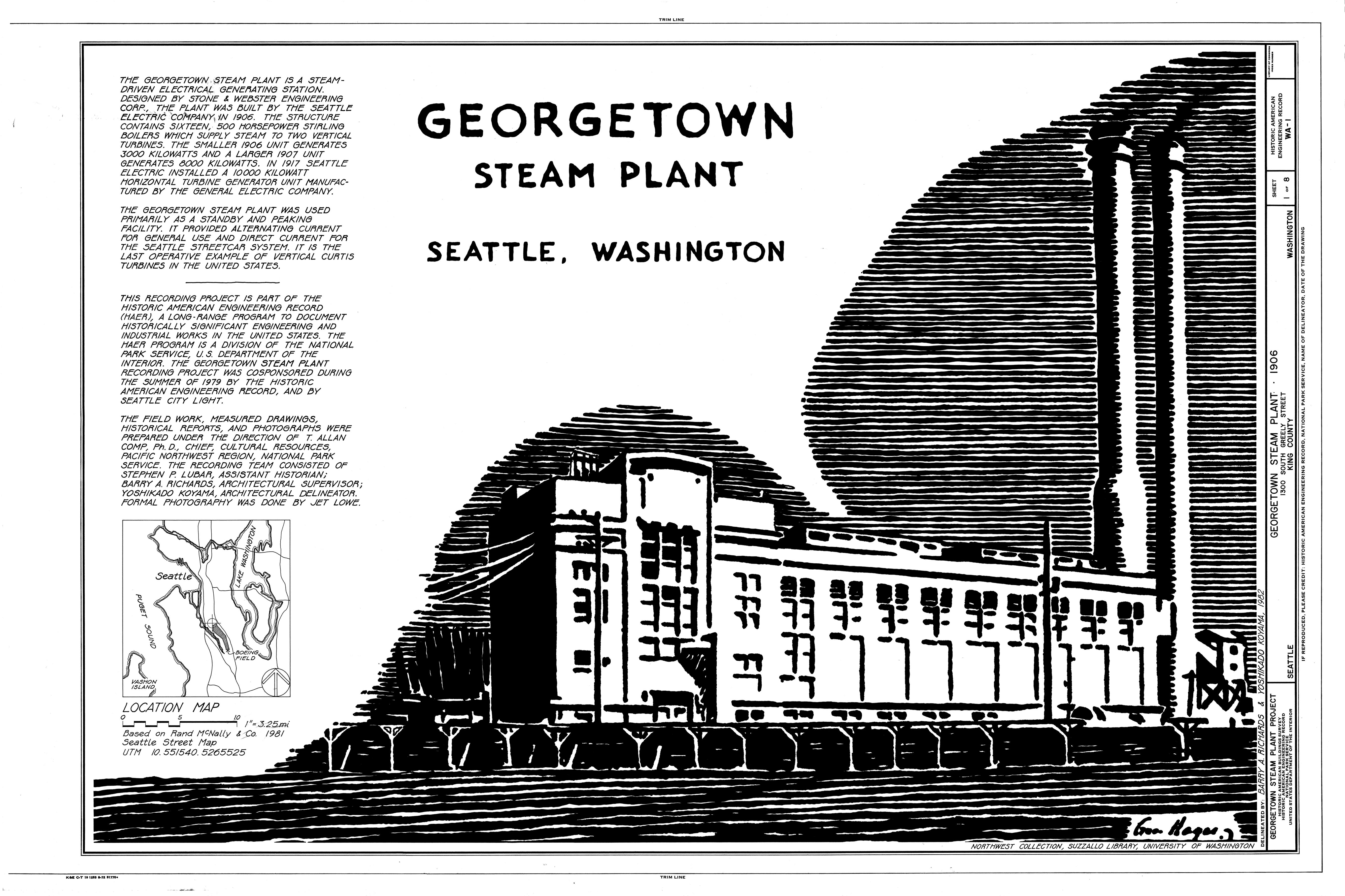