Considered one of the world's most scenic mountain drives, the two-lane Going-To-The-Sun Road through Glacier National Park was the first major road to be constructed directly over high mountain terrain, proving that roads did not need to be limited to mountain passes.

Glacier National Park was established in 1910. At the time, the road system included several wagon paths on the west side of the park and a 35-mile rough road on the east. But it wasn't until 1917 that Stephen T. Mather, Director of the National Park Service, suggested the construction of a highway over the Continental Divide. Going-to-the-Sun Road connects the eastern and western portions of the park, providing vehicular access to areas that previously could only be reached by foot or horseback. 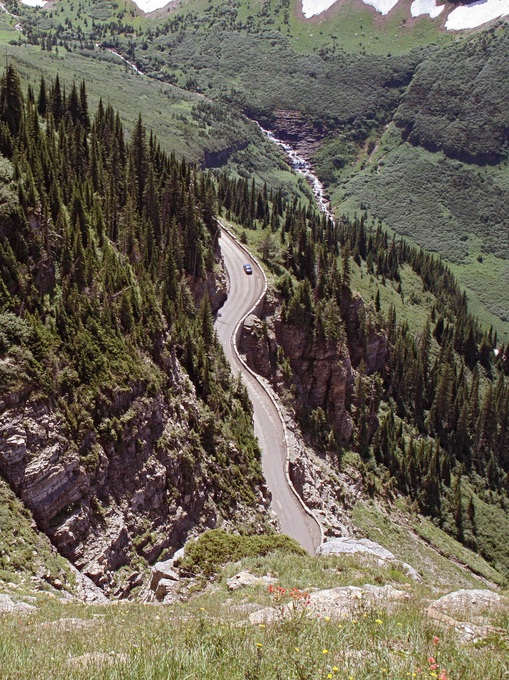