In 1918, the U.S. Reclamation Service's director and chief engineer Arthur P. Davis proposed a dam of unprecedented height to control the devastating floods on the Colorado River, generate hydroelectric power, and store the river's ample waters for irrigation and other uses. A dam project of this monumental scale had never been built in America: diverting the Colorado River through four massive tunnels blasted out of hard rock; pouring 6.6 million tons of concrete to build the world's largest concrete dam; and building two giant spillways and four intake towers - all in a remote desert region.

In March 1931, the Bureau of Reclamation awarded the contract to a consortium of six large construction firms, called Six Companies, Inc., that bid together on the project because it was larger than any one could handle. Francis T. Crowe, Hon.M.ASCE was construction superintendent for Six Companies, Inc. and probably one of the premier dam construction engineers who ever worked in the United States. Working around the clock, they completed the dam two years ahead of schedule. 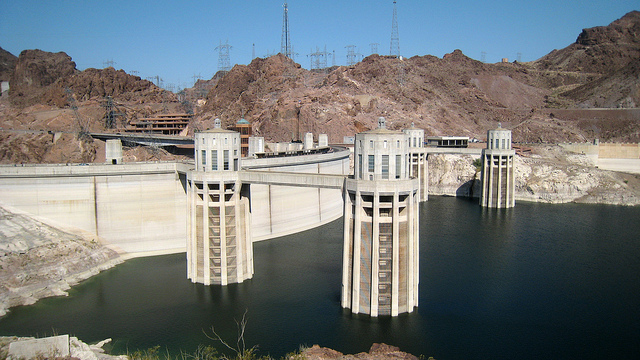