The Arecibo Observatory has the largest radio telescope ever constructed. Maintaining the greatest electromagnetic wave gathering capacity of any telescope, it has been an essential tool in modern astronomy, ionosphere and planetary studies. Several feats of mechanical engineering went into the construction of this observatory, most notable of which is a drive system which allows all active parts of the antenna to be kept focused with millimeter precision regardless of environmental factors—such as thermal expansion. The antenna itself is suspended 150 meters above the reflector dish, and can be positioned anywhere over the dish with the use of the drive system. Since its implementation in 1963, the observatory has led to advances in various fields with discoveries such as the correct rotational period for the planet Mercury (59 days), direct physical evidence for the existence of neutron stars and the discovery of the first extrasolar planets. With the installation of a Gregorian reflector system in 1997, as well as other upgrades, the Arecibo Observatory continues to be unparalleled in its potential for radio studies both of Earth’s atmosphere and beyond. 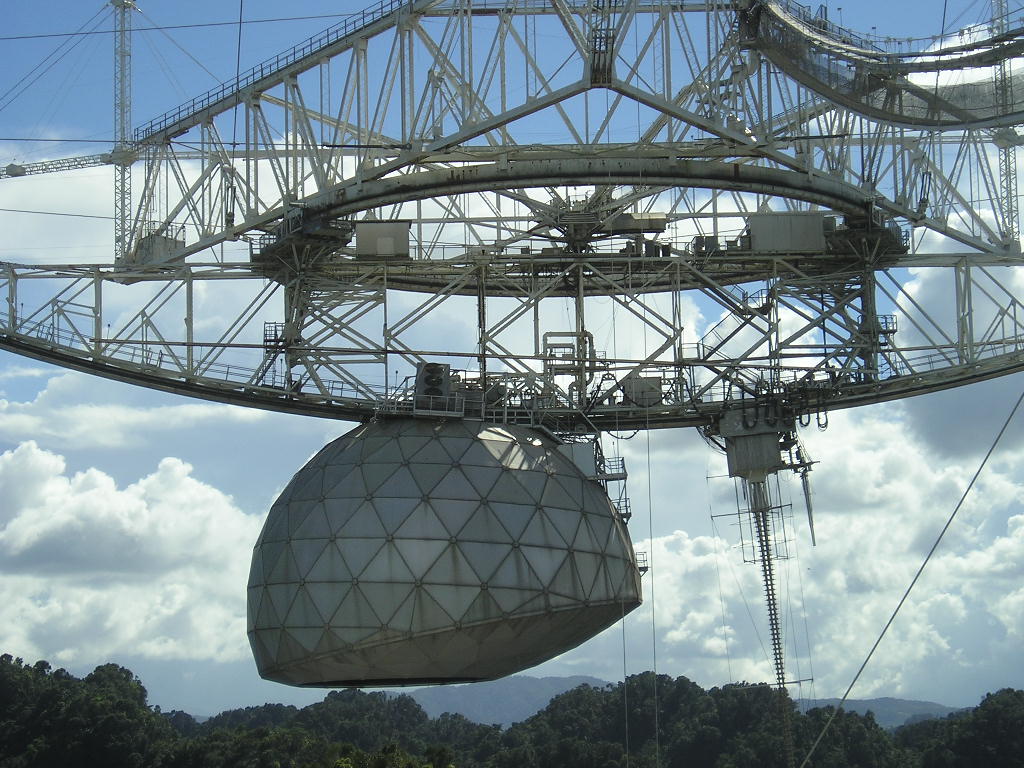