Sculptor Frederic-Auguste Bartholdi is credited with bringing the concept of the Statue of Liberty to fruition, deriving inspiration from the 19th-century penchance for grandiose monuments. He originally designed the statue for placement at the Suez Canal, but the project was never commissioned. After a promotional trip across America, Bartholdi's ideas finally took hold in 1874, and a Franco-American coalition was formed to fund the project, with the Americans building the base and the French the statue. Bartholdi delivered the statue in pieces: first the arm and torch, then the head, and finally the body. 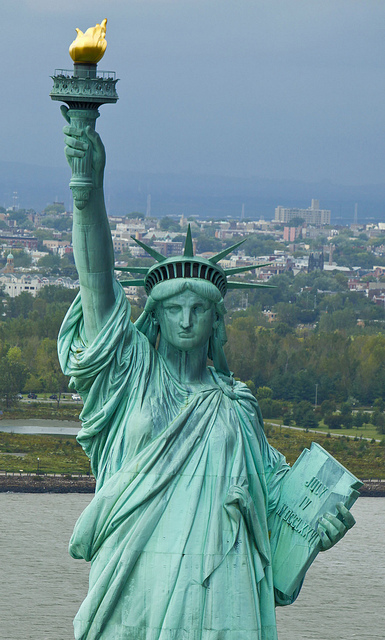