The Borden Base Line is a 39,009.73 feet (7.42 miles ) survey line through the State of Massachusetts. The line was the first project of its kind undertaken in America and its establishment was the key element for Massachusetts pioneering mandate to survey the entire state.

The challenge was to use trigonometrical principles, instead of astronomical observation alone, to provide greater accuracy in surveying large areas.

For the survey to be accomplished, it was necessary to start with a base line measured with greater accuracy than had previously been possible. Such accuracy was achieved by using a new measuring device invented by mechanical and civil engineer Simeon Borden. 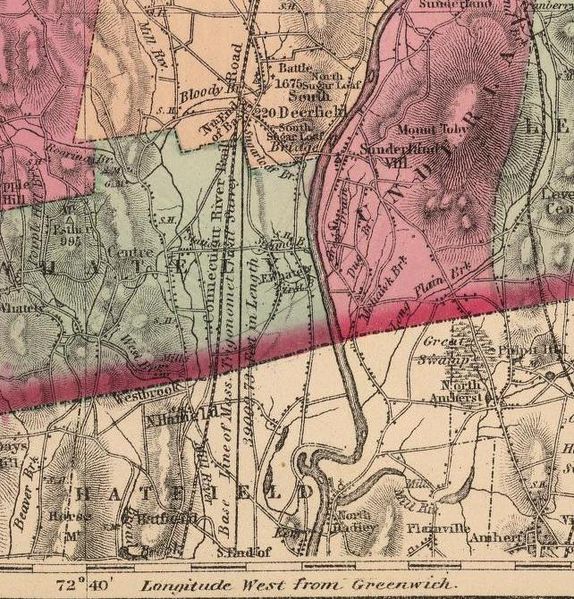