In the early 1900s, Union Station was the hub of passenger railroad traffic in the central United States. It was one of the first stations to serve as a centralized terminal for multiple railroad lines. It originally served 22 rail lines; 13 from the east and nine from the west.

The station's trainshed, 700 feet long and 606 feet wide, used the longest metal roof trusses ever constructed to span 32 sets of tracks. Structural engineer George H. Pegram served as the chief design engineer for the project and used a patented configuration of his own design, known as the Pegram truss. 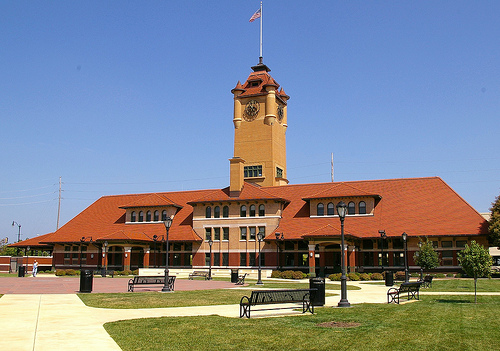