For its first 30 years of statehood, South Dakota was effectively two states. The Missouri river cut across the land forming a barrier to economical development in the west. Conventional wisdom at the time estimated the cost of permanent bridges across the Missouri at $1 million apiece. But budding engineer John Edward Kirkham, through the strict application of a classic principle of bridge design, built five steel and concrete truss bridges for $2 million total. 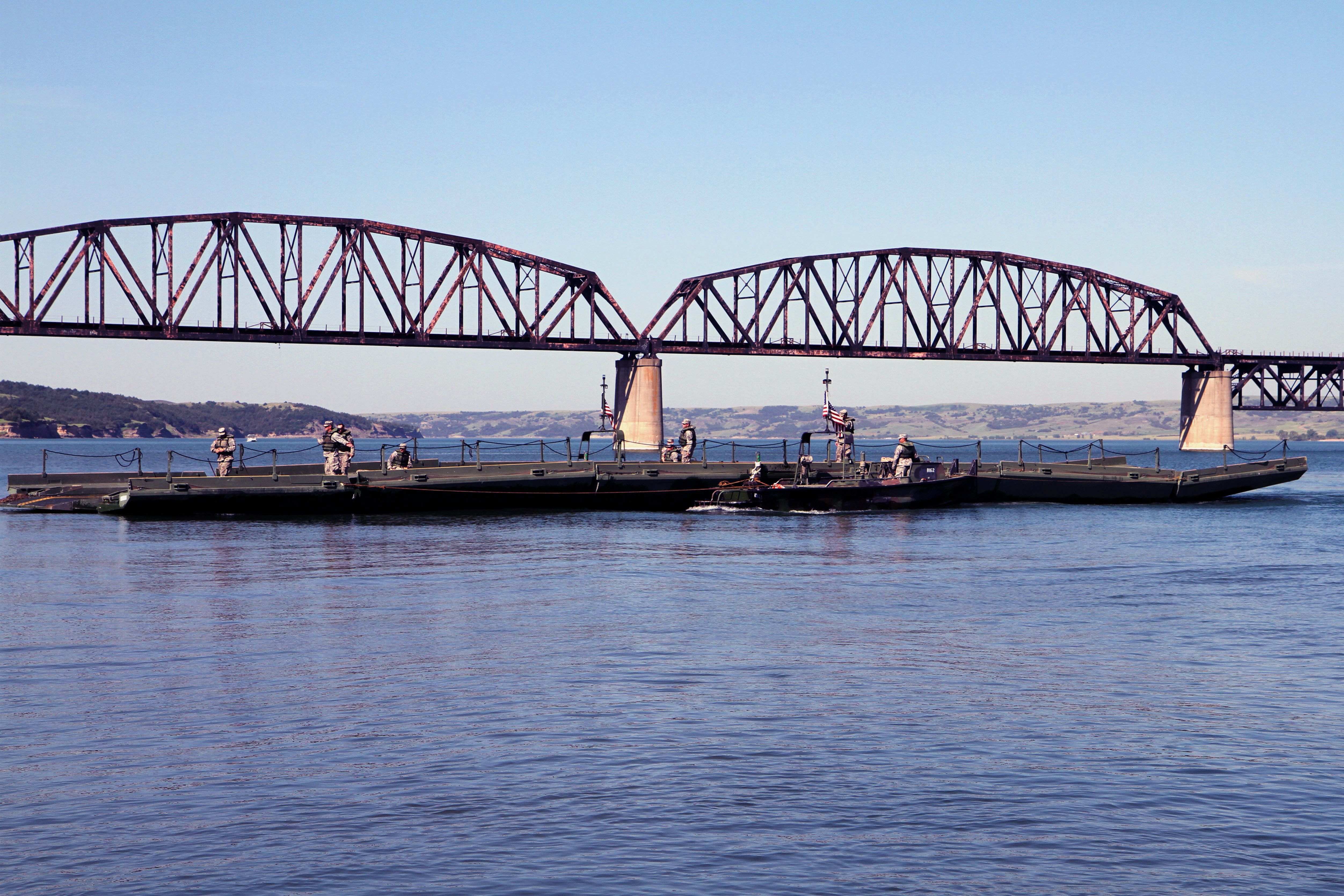 Members of the South Dakota Army National Guard’s 200th Engineer Company guide a raft on the Missouri River during a river crossing operation on June 11, 2016. The Chamberlain in the background is the only surviving bridge of the five. The others were replaced as the river expanded due to flood control dams.
Address:
Chamberlain, SD, USA