During the winter of 1957-58, Earl E. Bakken developed the first wearable transistorized pacemaker, the request of heart surgeon, Dr. C. Walton Lillehei. As earlier pacemakers were AC-powered, this battery-powered device liberated patients from their power-cord tethers. The wearable pacemaker was a significant step in the evolution to fully-implantable units.

The external transistorized pacemaker was an important step in the transition from desk-top to fully-implantable units. Previous to 1957, cardiac pacemakers were bulky, vacuum-tube units operated by AC power. Patient mobility was greatly restricted, and power failures could be disastrous. Late in 1957, Dr. C. Walton Lillehei, a leading pioneer in open-heart surgery at the University of Minnesota, asked Earl E. Bakken, co-founder of Medtronic, Inc., to develop a battery-operated pacemaker. Bakken produced a prototype about 4 weeks later that Lillehei almost immediately used for treating children who had developed heart block after surgery .This wearable, transistorized unit was produced commercially as the Medtronic 5800 pacemaker and liberated hundreds of patients from their power-cord tethers, demonstrating the safety and effectiveness of long-term pacing. 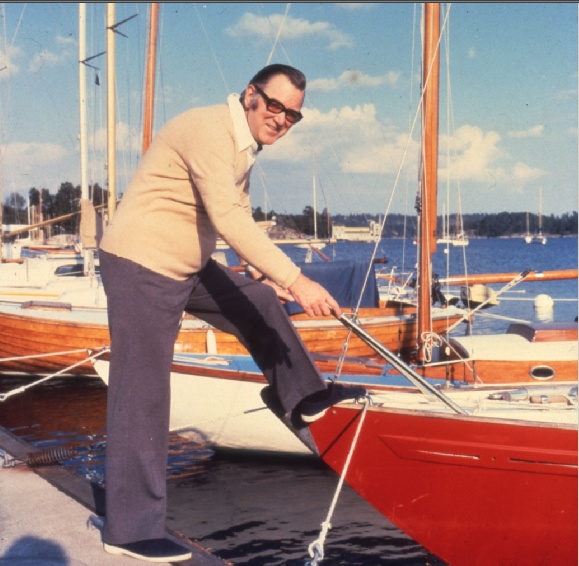 Courtesy Professor Marko Turina, University Hospital, Zurich (CC BY 3.0)
Arne H. W. Larsson (26th May 1915 to 28th December 2001) was the first recipient of an implantable pacemaker. He received the first device in 1958 and had a total of 26 devices during his life. He became an advocate for patients needing pacemakers, campaigning for greater funding and research in this area.
Address:
C. H. Best Institute
112 College St
Toronto, CA, USA