The Titan was designed by Adam Hunter (1869-1933), a Scot and Chief Engineer for Sir William Arrol and Co. Hunter had earlier served his apprenticeship on construction of the Firth of Forth Bridge by Arrol's in 1890. Later he went on to become one of the United Kingdom's leaders of large scale, heavy structural steelwork engineering.

Leading crane-makers of the time, Stothert and Pitt Ltd., Bath, England, fabricated and installed the machinery for the Titan including electric motors built by Lancashire Dynamo and Motor Co. The fixed counterweight and electrically driven hoists, all mounted on the rotating beam, made the Titan faster, more responsive and much less costly to operate and maintain than its steam forerunners.

When tested on 24 April 1907, the Titan was the largest hammerhead type crane ever built with a 150-ton lifting capacity. It led to the building of up to 26 similar and increasingly higher capacity cranes in nine other countries, 13 of which are still believed to exist. In 1938 it was modified to a 200-ton capacity. Titan survived bombing attacks by Germany during World War II and was retired from service in 1971.

Present owners, Titan Clydebank Trust, have restored the Titan and converted it to a tourist attraction which includes a visitor's center and a lift that carries passengers 164 feet vertically to the top of the rotating boom. 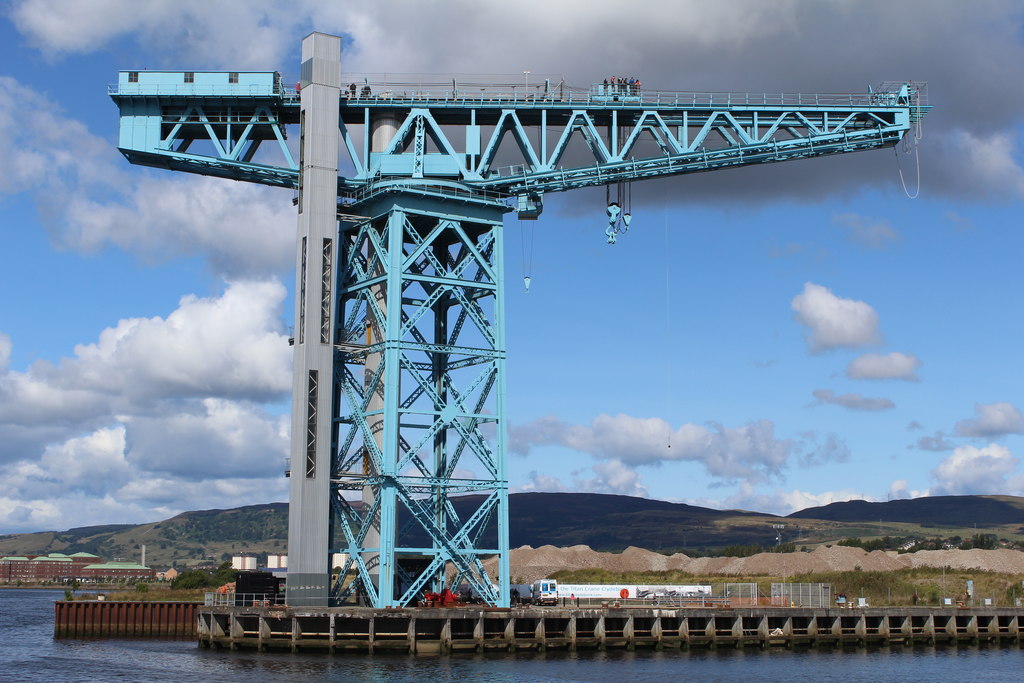