On July 14, 1848 in Baku, Azerbaijan, Major Alekseev supervised the completion of a 20+ meter well, reaching a small pocket of crude oil, thus establishing the world’s very first oil well. The process used was an archaic technique known as cable-tool drilling, employed for hundreds of years in ancient China. Major Alekseev acted under the instruction of governor-general Mikhail Semyonovich Vorontsov, who in a memo wrote:

“I hereby authorize oil exploration in the Bibi-Eybat sector, Baku district, Caspian Sea by means of earth drills and allocate 1,000 roubles for this purpose.”

Just over a decade later, Edwin Drake finished work on the first oil well on American soil, in 1859 in Pennsylvania. 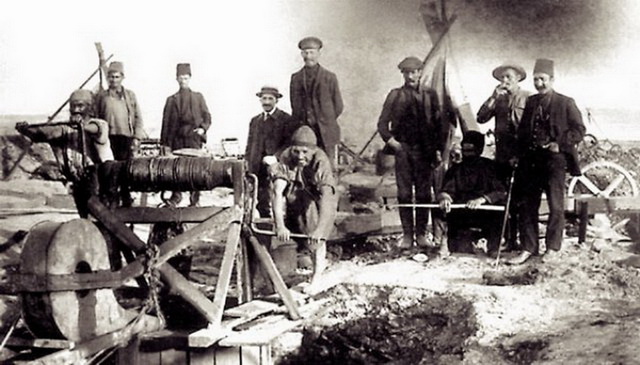