In 1932, J. O. Smith, Agricultural Engineer at Delta Branch Experiment Station in Stoneville, MS, attached a small anhydrous ammonia cylinder to a plow in such a manner that the NH3 was released in the soil.  The plow, a Georgia Stock, was pulled by a gray mule named Ike.  This was the first known use of anhydrous ammonia as a soil-applied crop fertilizer.  The crude apparatus and the anhydrous ammonia it applied provided a much needed source of nitrogen for the otherwise rich alluvial soils of the Mississippi Delta.

Agricultural engineer Felix Edwards and agronomist W. B. Andrews renewed application research in 1943, leading to the development of the anhydrous ammonia fertilizer industry.  Their work established safe application techniques and equipment.  It has resulted, through economical fertilization, in improved yield and quality of food and fiber crops throughout the world.  Anhydrous ammonia remains a leading source of nitrogen for crops in the United States. 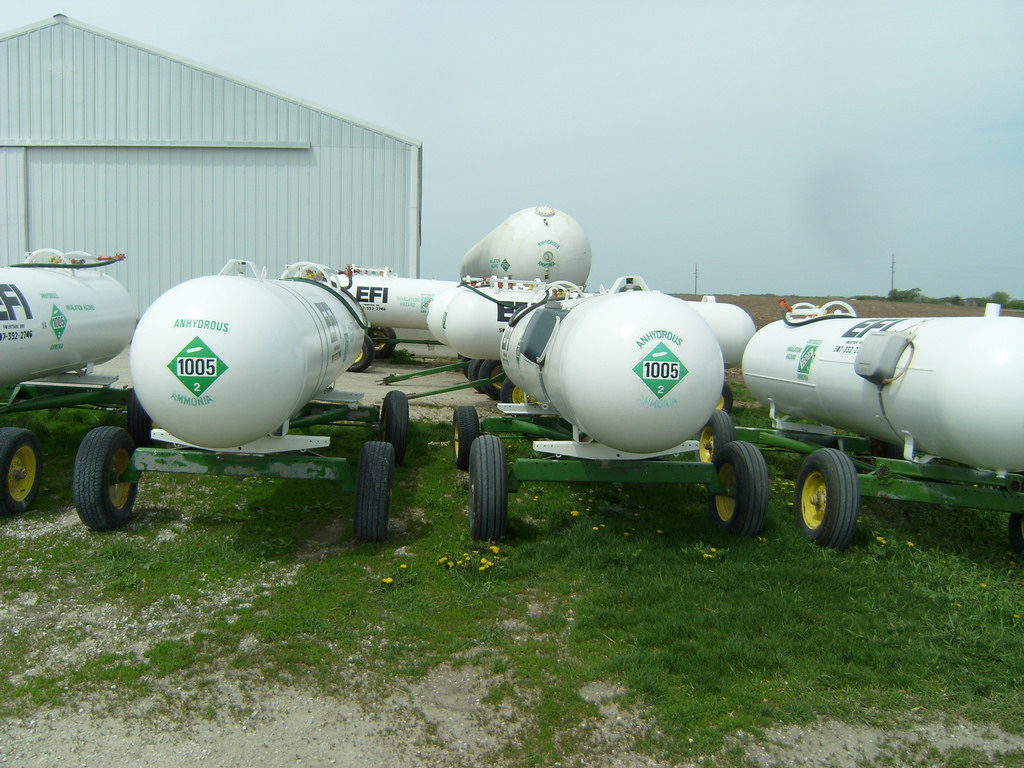 Courtesy Flickr/thirteenofclubs (CC BY-SA 2.0)
Anhydrous Ammonia is one of the cheapest forms of nitrogen fertilizer available on the market. However because it is such a hazardous material and is difficult to apply, many farmers choose to hire third party businesses to store and apply the fertilizer.
Address:
Delta Research and Extension Center
82 Stoneville Rd
Stoneville, MS, USA