The Rain Bird horizontal action impact drive sprinkler head was invented in 1933 by Orton Englehardt, a citrus grower and native of Glendora. The design offered slow rotation and uniform watering, benefits long sought by local irrigators. Clement M. LaFetra, a friend of Englehardt, urged early patent application. A patent was awarded on December 18, 1933. Englehardt, with no entrepreneurial aspirations, assigned all rights to LaFetra and his wife Mary Elizabeth. Production began in the LaFetra family barn on October 13, 1935. Certain American Indians believed that a bird brought rain. This ancient legend, and the sprinkler's application of water like raindrops, led to the name: Rain Bird. Efficient use of water is commonly enhanced with sprinkler irrigation. The impact sprinkler led to sprinkler irrigation development that currently exceeds fifty million acres world wide. In the USA, more than one third of all irrigated land is irrigated by sprinklers, including sandy and sloping land that cannot be irrigated practically by other methods. The impact drive sprinkler head has truly had a major effect on agriculture in the world. Dedicated By The American Society Of Agricultural Engineers 1990 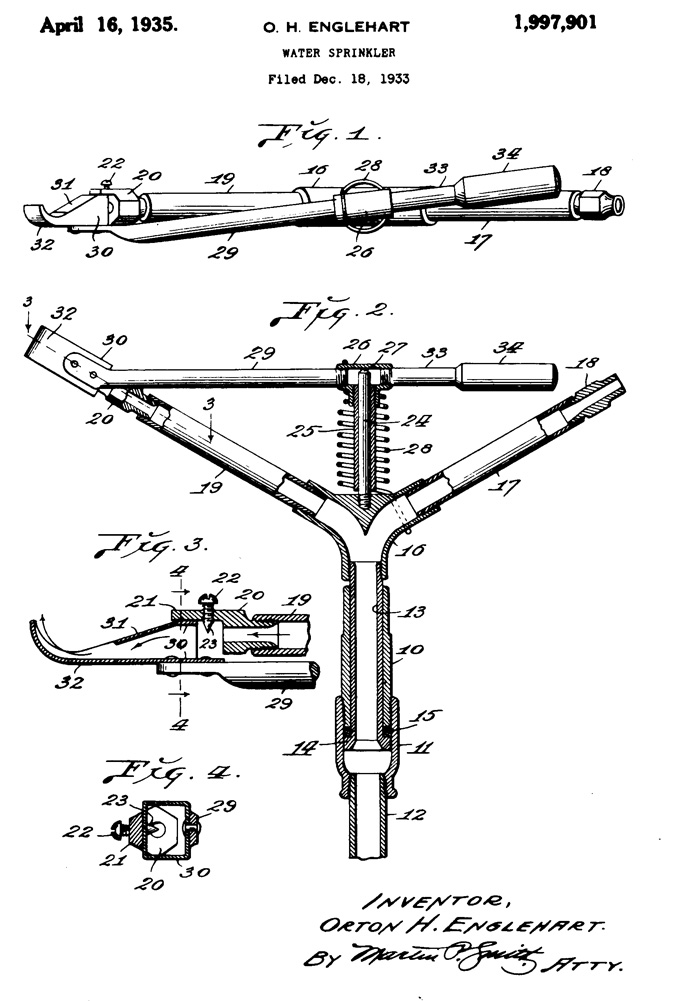