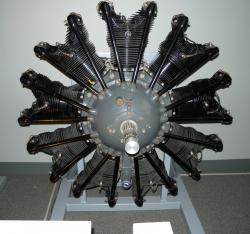 Aircraft engines, considered unreliable during the first 20 years of aviation due to their need for liquid-cooling, heavy weight and other inconsistencies, were given a revolutionary boost with the development of Pratt & Whitney’s R-1340 Wasp Radial Engine in 1925.

These innovations set a new standard for aircraft engine reliability, impacting commercial aviation and transcontinental mail service, and leading to more advanced aircraft in the late 1920s and early 1930s – such as the Boeing 247. Over 90 versions of the R-1340 engine are in operation today.