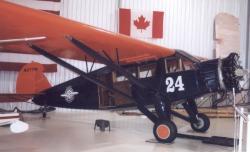 The Travel Air Airplane Manufacturing Company served as the incubator in which Wichita Kansas’ present-day status as the world’s “Air Capital” first developed. The firm was among the first viable airplane manufacturers to be established in Wichita (1925). It also was responsible for four aviation legends firmly establishing themselves in Wichita and forming the nexus between Wichita and world aviation: Walter Beech, Olive Ann Mellor (later Olive Ann Beech), Clyde Cessna, and Lloyd Stearman. Travel Air Airplane Manufacturing Company produced some of the most famous aircraft of the 1920s, including the Travel Air 5000 and the sleek “Mystery Ship” air racer, winner of the 1929 Thompson Trophy. The founders and employees of Travel Air helped launch general aviation, encouraged the advancement of personal aircraft, promoted early development of steel and tube construction, and developed the monoplane into a safe, viable design. The company’s East Central site has a long connection to aviation history as the site of several air shows and Wichita’s first municipal airport.