Wire ropes had been developed only within the decade before construction.  Pioneer engineers brought these advances to California and designed, ordered the material, and constructed the bridge in the remote frontier.  Almost all the material used to build the bridge was brought "around the horn" (i.e. fabricated on the East Coast and shipped around Cape Horn to California). 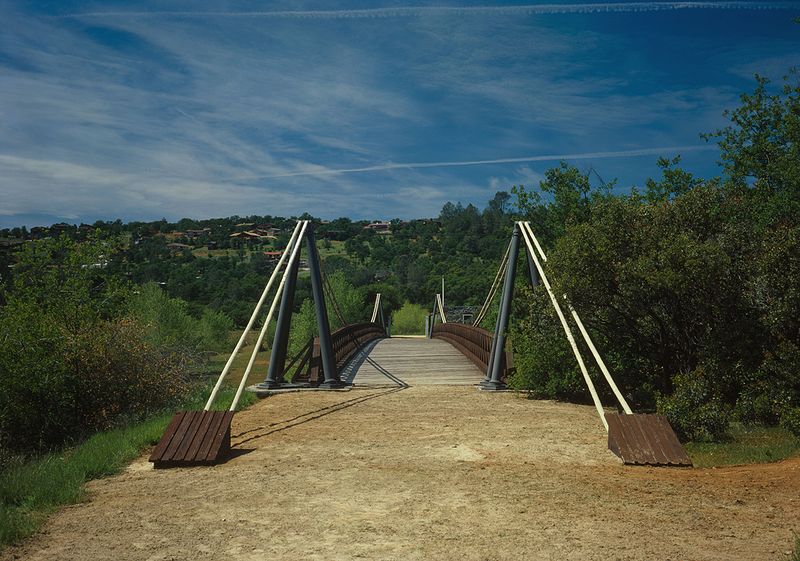