By the 1890s, the transportation infrastructure of downtown Boston - a maze of narrow, winding streets laid out, in some cases, along Colonial cow paths - proved completely inadequate for the needs of a modern, bustling metropolis. Tremont Street, the city's main thoroughfare, was regularly subject to gridlock from a convergence of foot traffic, horse-drawn conveyances, trolley lines, and electric streetcars. To rectify the problem, the Boston Transit Commission, with Howard A. Carson as chief engineer, was created in 1894 to study remedies.

A streetcar subway was selected as the best solution, and construction began in March 1895. The completed project - the fifth in the world, and the first in the United States - carried more than 100,000 riders on its opening day, and more than 50 million passengers in its first year. The Boston Subway infrastructure remains in use today and is a central link in what has become the fourth-largest metropolitan transit system in the U.S., serving 175 towns and cities in eastern and central Massachusetts. 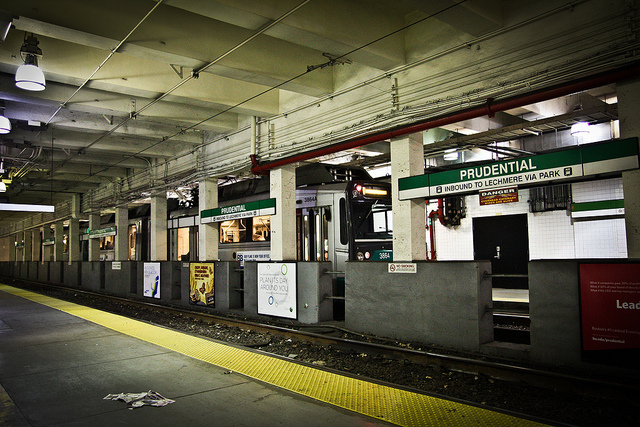