The concept for the viaduct came from international research. Three engineers from the U.S. Army Corps of Engineers went to England to observe construction methods for British railways. They were impressed with the heavy masonry construction they witnessed and brought their knowledge to the Carrollton Viaduct project. The success of this project led to the construction of many masonry railroad viaducts throughout the nation.

The structure is 312 feet long and rises over 51 feet above the waterway. The arch has an 80-foot span. A temporary heavy timber structure, called centering, was first built to support the massive stone voussoirs of the arch until they were keyed and could support themselves. 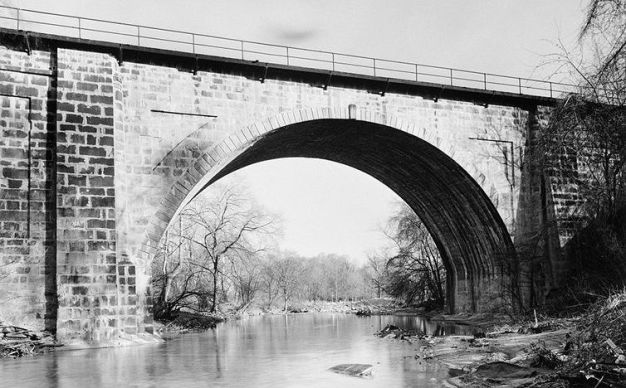