A project that combined great engineering ambition and burgeoning civic pride, the Columbia River Highway was built at the dawn of the automobile age out of a desire to bring greater attention to the growing population and natural beauty of the Pacific Northwest. By the time of its completion in the 1920s, the 73.8-mile highway had become a textbook example of modern highway construction and an important commercial and recreational link between Oregon's coastal Willamette Valley and the inland areas of eastern Oregon and Washington.

The project's chief engineer, Samuel C. Lancaster, spent a year in Europe prior to beginning the Columbia River Highway studying the great mountain highways there. On his return, he initiated a program of cliff-face highway building with many innovative features designed to showcase the rugged Columbia River Gorge. These included a 390-foot-long tunnel with five arched windows; several light, graceful bridges; long stretches of masonry retaining walls; rustic parapets with arched openings; and pedestrian overlooks. 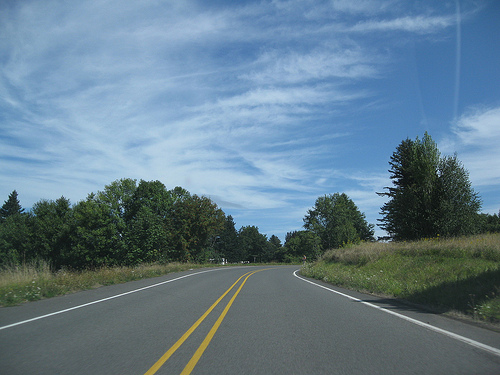