The B Reactor (Building 105-B at the Hanford Site) was the world's first production-scale plutonium nuclear reactor. It was rushed into construction during the height of WW II as part of the Manhattan Project, the urgent effort by the U.S. to create an atomic bomb before one could be built by Nazi Germany.

The design for the reactor came from an extremely slender volume of research, most of which was barely a year old. Construction started June 7, 1943 and the reactor was taken to criticality with complete success on September 26, 1944 - an unprecedented engineering and construction feat, particularly considering wartime procurement conditions and the tight security needed to protect the secret plutonium production methods. 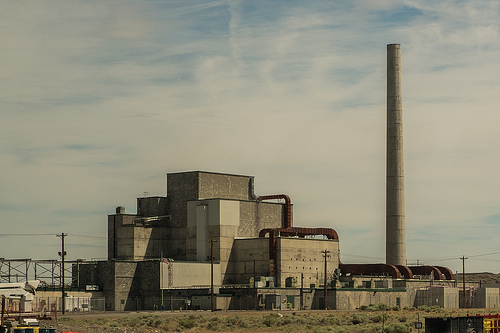 Near the Hanford Site