Brickmaker J.G. Osborne was chosen to provide design and construction. He  immigrated to Hawaii from Yorkshire, England, and was aware of the recent  development of Portland cement and its expanding use in Europe. It is believed that the leaders of Hawaii were anxious to adopt British skills, which influenced their selection of Osborne.

Because of Honolulu's warm climate, the concrete was carefully wetted and left to harden slowly. While this meticulous curing effort delayed the construction  schedule, the city's Superintendent of Public Works believed the care was  essential for such a novel idea as a concrete building. 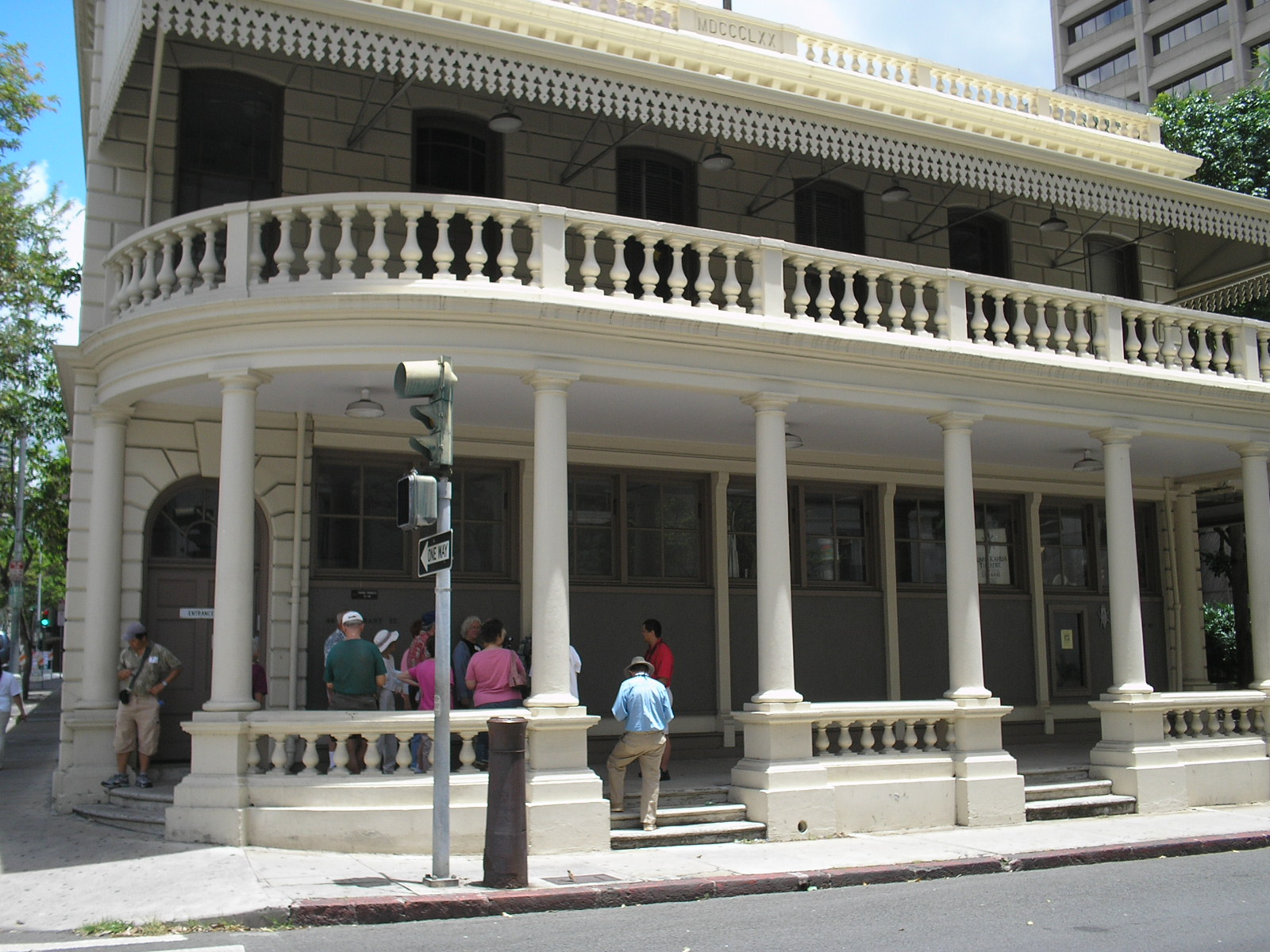 corner of Merchant and Bethel Streets