Norris Dam impounds the Clinch River, a mountain tributary of the Tennessee River. The facility stands as a tribute and symbol of the birth of the Tennessee Valley Authority (TVA). Given broad jurisdiction over resource development in the watershed (a 40,000-square-mile basin comprising parts of Virginia, North Carolina, Georgia, Alabama, Mississippi, Kentucky, and Tennessee), the TVA was formed to plan for flood control, improve navigation, and produce hydroelectric power. As the first completed project of the Tennessee Valley Authority, Norris Dam launched one of America's great political experiments. It provided the model for many of the TVA's policies and procedures, which would aid in the success of the agency's many future projects. 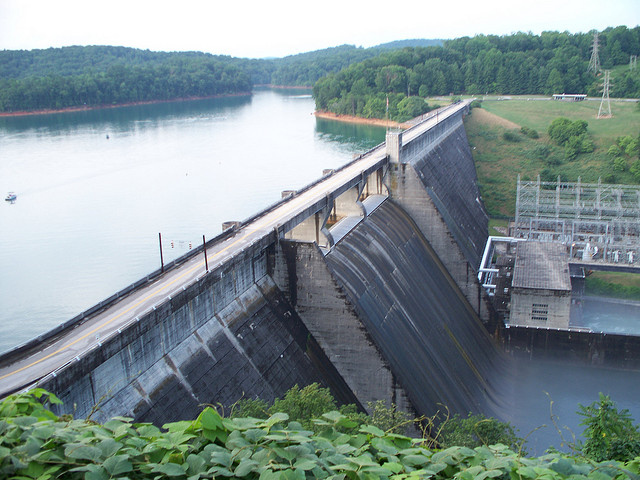