The Savannah city plan, whose execution began in 1733, is distinguished from those of previous colonial towns by the repeated pattern of connected neighborhoods, multiple squares, streets, and designed expansion into lands held by the city. It is unique in the history of urban planning in a number of aspects, not the least of which is that the squares allow for more open space in Savannah than any city layout in history.

The basic plan unit is a ward, 600 feet to a side in the north-south direction, and 540 feet to 600 feet in the east-west direction. Street and building lots are organized around a central square. The streets bounding the wards allow uninterrupted movement of traffic while the internal streets are interrupted by the squares to create a pedestrian-friendly scale. The four corners of each ward contained a "Tything." A tything consisted of ten house lots each. These ten house lots were reserved for the private homes of the settlers. Each house lot measured the same, 60 feet in width and 90 feet in depth. Sometimes they were divided into increments of 20 or 30 feet, thereby creating a diverse pattern of building sizes and types. On the east and west flank of the square were positioned four larger lots called the "Trustee Lots." They were reserved for public structures such as churches, banks, or government buildings.

Savannah's plan reflects political and organizational considerations of the day. Each ward had tythingmen, who shared guard and other duties. Wards were tied to a larger regional plan of garden and farm lots. The repetitive non-hierarchal placement of wards, squares, and equal-sized lots points to the utopian ideals of the colony. The city plan also proved to be very adaptable and allowed the city to grow and develop. The city used the power gained through municipal ownership of the common to shape growth in the public interest.

As a synthesis of planning ideals that respond to social, military, environmental, and philosophical needs, the Savannah city plan stands out among American colonial town plans. This model has produced a city internationally known for the beauty of its neighborhood squares. It is a most notable example of an urban planning concept still emulated by modern civil engineers-planners. 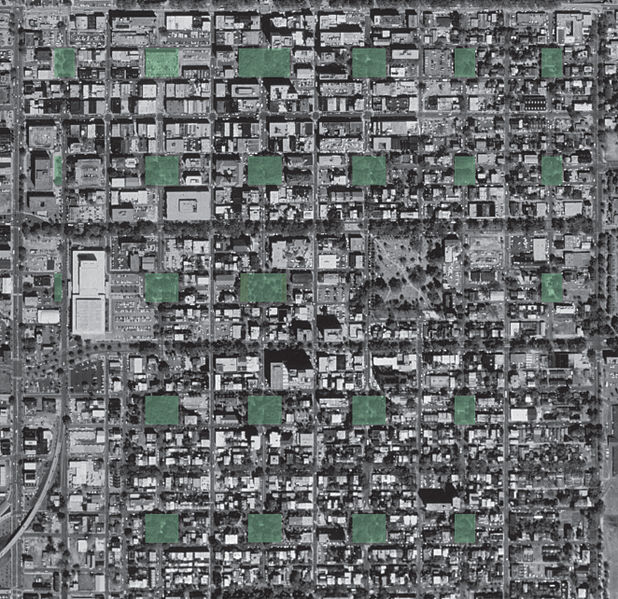