Sewall's Bridge is a singular example of an era when wooden trestle bridges carried highway traffic across New England waterways. It is the earliest pile-trestle bridge for which an authentic construction record exists, and the oldest for which builder's drawings survive. Spanning the York River, it was named for Major Samuel Sewall, Jr., the civil engineer who designed and constructed it.

Authorized in 1742, the bridge was delayed 20 years due to a depression and a war with the French Colonies. It remained in continuous use for 173 years, until it was replaced in 1934 by a treated wooden pile structure. The replacement bridge resembles the original, but is wider and stronger to accomodate greater traffic.

The original structure was 270 feet long and 25 feet wide. Its deck was supported by 13 braced bents of four piles each. The bents were assembled on land, floated out to position, and sunk through soft mud to a stable footing. The 14-span bridge included a 30-foot drawspan. 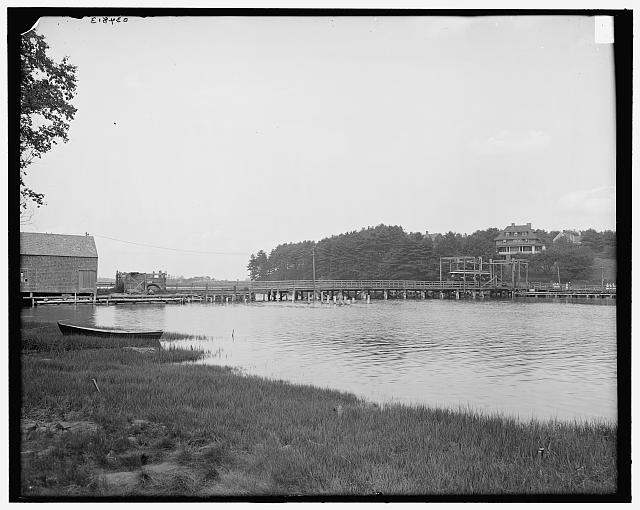