To accommodate these guests in style, Harrison Albright constructed a luxurious hotel and spa in just 277 days, whose site covered 684 acres. The building's primary feature was its central dome, considered the largest clear-span dome in the world when built. Many of the hotel's 510 rooms surround the dome and the murals, mosaic and marble of its magnificent atrium.

In the 1930s, when natural spring spas lost their appeal as potential cure-alls, the hotel's business began to wane. Once the Great Depression hit, it closed. 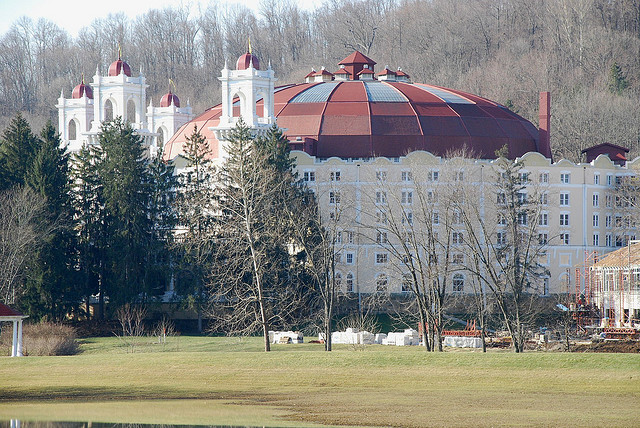