Combining British financing, American engineering, and Canadian contracting, the White Pass and Yukon was the first major civil engineering project on the continent above the 60th degree of northern latitude. Completed in 27 months using only hand tools, black powder, and regional timber, the White Pass and Yukon rises almost 2,900 feet from sea level at the port of Skagway to the White Pass summit on the U.S.-Canada border in just 20 miles, accomplishing one of the steepest climbs of any railroad in the world.

Built for approximately $10 million to promote the Klondike Gold Rush around the turn of the century, the 110-mile narrow-gauge railway remained an important part of the mining industry - transporting gold, silver, copper and lead ore from Canadian mines across the coastal mountain range to Alaskan ports - until it was closed during a period of low metal prices in 1982. The railway found new life six years later as a thriving excursion line serving the cruise-ship industry. 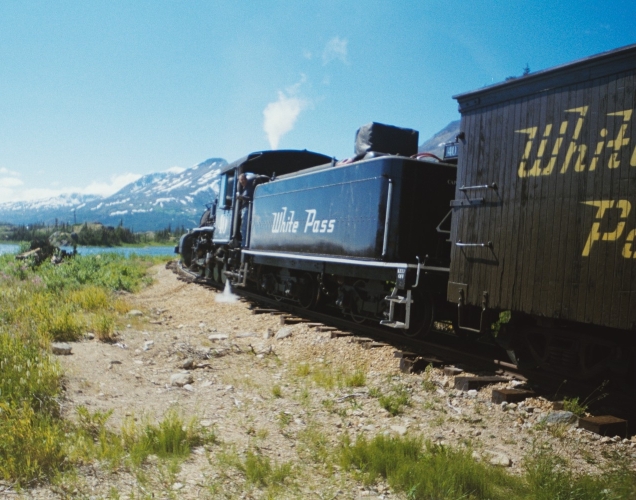