The first Zuiderzee Enclosure Dam ran from North Holland to the island of Wieringen, successfully barring the sea for over 50 years and protecting a large area north of Amsterdam. The total Zuiderzee project was the largest land reclamation effort in the Netherlands, developed over a period of about 80 years, beginning in 1918 and reaching completion in 1996. The huge dyke/dam was considered one of the greatest engineering feats of its time.

Following creation of the dyke, four polders - which drained lands reclaimed from the sea by means of dikes - were built that were supported by an elaborate network of irrigation canals. The polders served as agricultural lands that allowed town planning opportunities to support farming and to build the local economy. 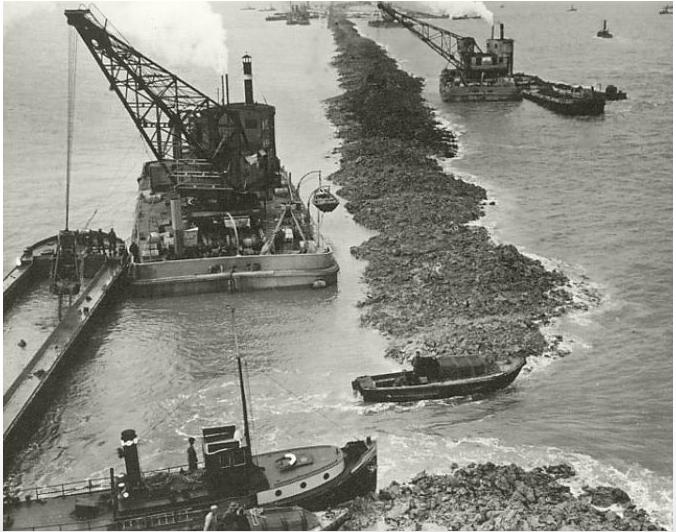