Between 1825 and 1847 the State of Ohio constructed 1,000 miles of canals and feeder canals, 33,000 acres of reservoir surface area, 29 dams across streams, 294 lift locks, 44 aqueducts and many smaller structures at a cost of about 16 million dollars. The network of navigable canals provided a system of economical transportation where none had previously existed; the young state, with its isolated frontier lifestyle, was transformed almost overnight into a thriving segment of the nation's economy. The canals opened many markets for its agricultural and industrial products, and drew thousands of immigrants to Ohio.

There were relatively few problems to overcome in the construction of the canal system because there were no mountain ranges to "lock" over and most of the route was fairly level. Supplying water to the summit points required building dams across rivers to create reservoirs at levels higher than the canals.

Today a few deep excavations, high earthen embankments, and large structures of timber and cut stone are all that remain of Ohio's first transportation system. 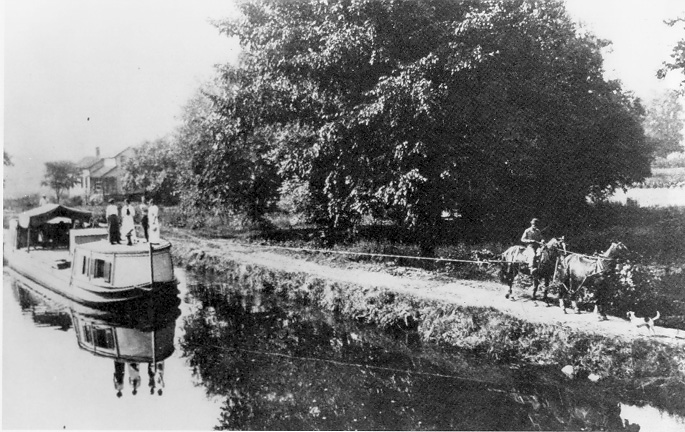