One of the earliest and most impressive of America's great railroad engineering feats, the Horseshoe Curve was built as a means of overcoming a straight-line grade over the geological feature known as the Allegheny Escarpment or Allegheny front, which separates the ridge-and-valley section of Pennsylvania (on the east) from the Allegheny Front (on the west). Such a straight-line route would have made commercial railroad operations unfeasible from both and economic and technical standpoint. This relatively sharp curve on the Philadelphia-Harrisburg-Pittsburgh main line of the Consolidated Rail Corporation was built entirely by manual means - picks and shovels, powder and mules and still ranks among the best train-watching spot anywhere.

The Curve opened a through route from Philadelphia to the west, restoring to that city some of the port trade that previously had been siphoned off to Baltimore and New York. In addition to encouraging commercial trade, the Curve spurred travel and immigration. It has been a major economic gateway for commerce since it opened and still carries approximately 60 trains a day carrying tons of materials between Pittsburgh and Philadelphia. 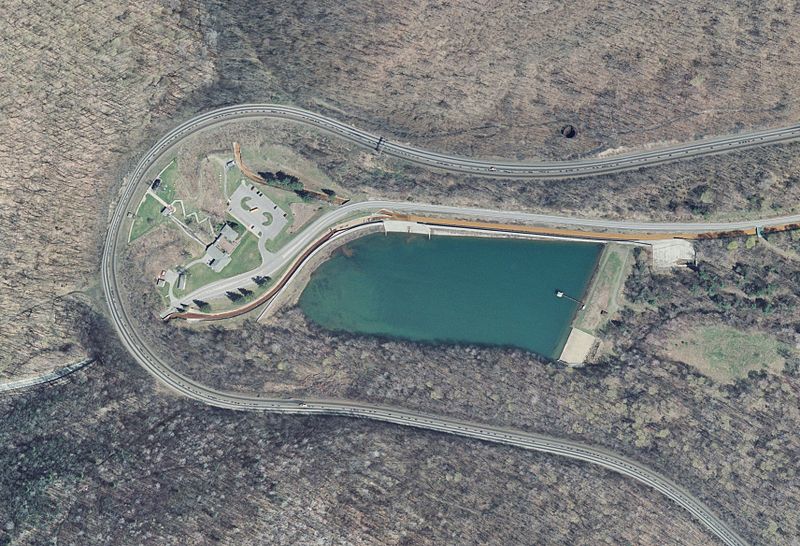