Joining of the Rails - Transcontinental Railroad

The spanning of the continent, over mountains and across deserts, proved a turning point in American history. It tied the country together, paving the way for nationwide development and commerce. It was one of the greatest civil engineering achievements of the time. Newspapers heralded its completion as one of the most significant events in the nation's history.

At noon on May 10, 1869, a crowd of 1,500 assembled in Promontory for the ceremony to join the rails. As trains from the east and the west idled a scant two rail-lengths apart, dignitaries drove the final, golden spike into a tie of polished California laurel. The trains then inched toward each other, touching noses amidst a background of champagne celebrations. 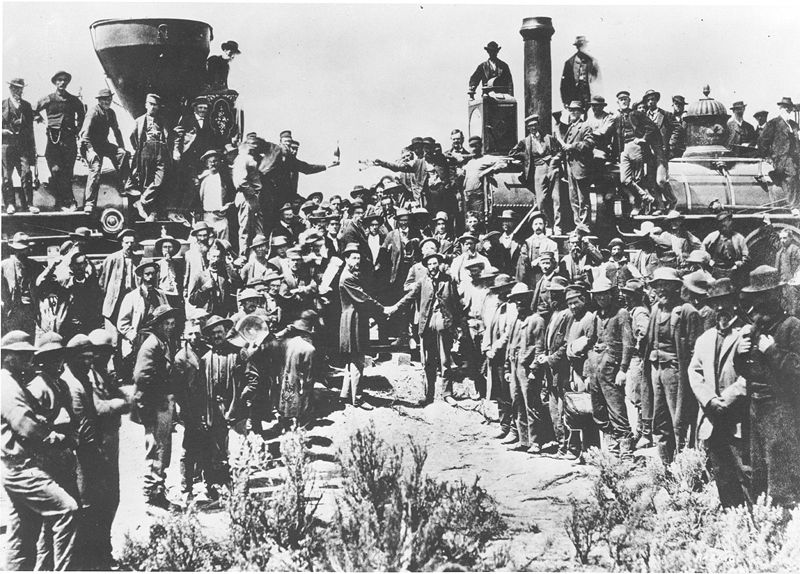 Courtesy of the National Park Service
A crowd of 1,500 assembled in Promontory for the ceremony to join the rails and, symbolically, the nation.
Address:
Golden Spike Rd
Golden Spike, Corinne
Promontory, UT, USA