The tower was designed to rest on a continuous reinforced concrete mat, 4 feet thick, with the base of the slab 24 feet below street level.

What makes the Texas Commerce Bank Building revolutionary in the civil engineering world is not so much the building itself, but its foundation.  Initial studies for the type of foundation to be used began in the fall of 1927.  William E. Simpson, the building's chief structural engineer, suggested using a mat foundation, something new for Houston's multistory buildings.

Simpson enlisted the advice of Dr. Charles (Karl) Terzaghi, known as the "Father of Soil Mechanics," who just two years earlier had published his Erdbaumechanik, which first outlined the theory of consolidation of clay soil.

The foundation design for the Texas Commerce Bank Building was the first application of the then new field of soil mechanics to foundation construction in the Houston region.  Since 1927, plain reinforced concrete mats have been the norm for tall buildings in Houston. 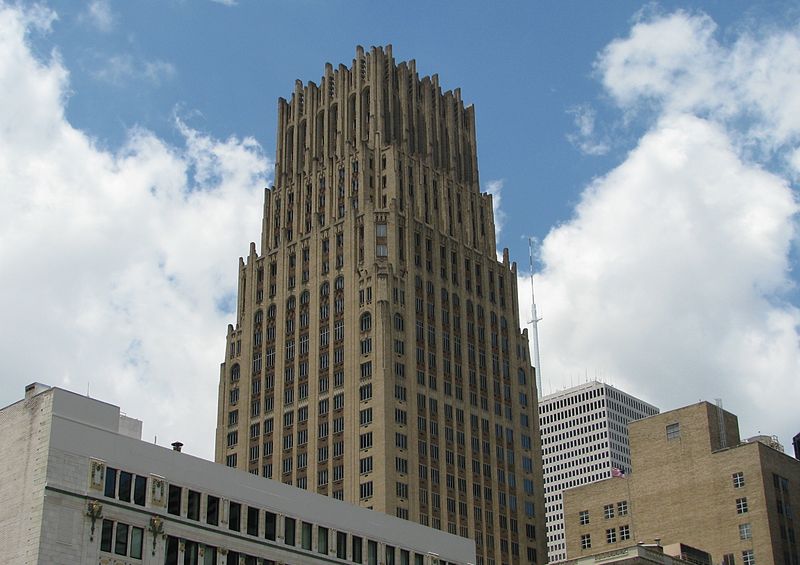