When Robert G. LeTourneau started moving earth in 1919, he thought that land leveling should require only one man. In 1920, by installing a generator and electric motors, R.G. was able to control the scraper blade from the tractor seat while driving the tractor.

In June 1922, LeTourneau developed his “Mountain Mover” with a telescoping bowl. He incorporated a floor behind the cutting edge taken from his previous designs, and employed welding instead of riveting to save weight.

Although only one “Mountain Mover” ever existed, all later LeTourneau scraper designs drew upon its innovative concepts. The original Mountain Mover, modified over the years, is an example of the innovative and pioneering mechanical engineering concepts developed by R.G. LeTourneau. This predecessor to modern equipment played a large role in opening up lands to farming and helped lead to the rapid and cost-effective construction of roads, highways and airports for decades after its introduction. 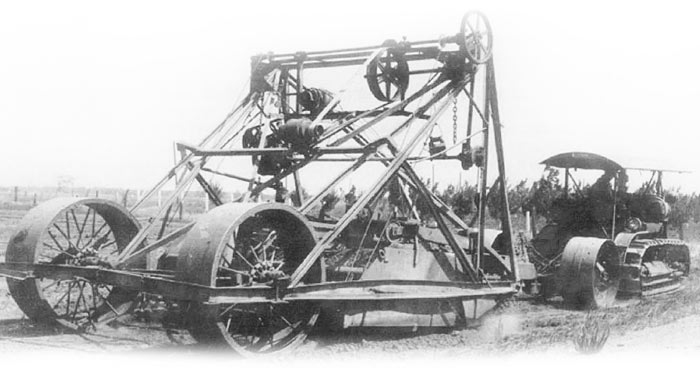