Infrared Spectrometer and the Exploration of Mars

That changed dramatically in mid-1969 when two identical National Aeronautics & Space Administration (NASA) spacecraft, Mariner 6 and 7, flew within a few thousand miles of Mars. Each spacecraft carried four instruments including an infrared (IR) spectrometer designed and built by a team in the College of Chemistry and the Space Sciences Lab at the University of California, Berkeley. (The other instruments were television cameras, an infrared radiometer and an ultraviolet spectrometer.) The team was led by chemistry professor George Pimentel (1922-89), with Kenneth Herr (1937-2015), who had received his Ph.D. in chemistry in 1964 working in Pimentel’s lab. The IR spectrometers were the first instruments, and remain among the few, to fly on a NASA mission that were built at a university rather than at NASA facilities or aerospace companies.

Among the spectrometers’ revolutionary findings were that the thin Martian atmosphere is made up almost entirely of carbon dioxide with trace amounts of water vapor, and that solid CO2 exists in the planet’s upper atmosphere. The IR spectrometers also detected solid water and water hydrates on the Martian surface as well as goethite,an oxidized oxyhydrate of iron that forms in aqueous weathering processes. This was the first evidence that there was once liquid water on the Martian surface. 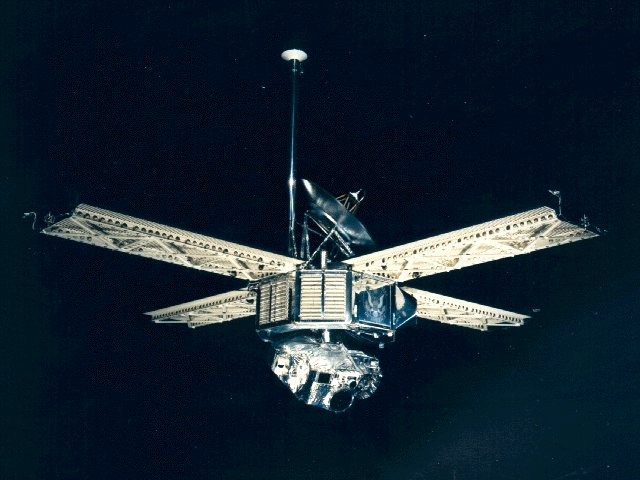