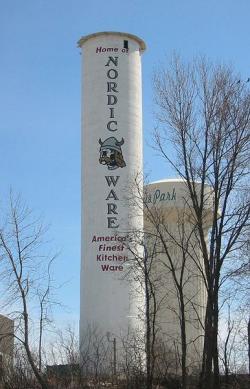 No image dominates the Midwestern landscape like the monolithic grain elevator, whose present shape and construction owe much to grain company operator Frank Peavy and architect-builder Charles Haglin.

Wanting to improve on the flammability and cost of traditional wood-cribbed construction, Peavy speculated that reinforced concrete, in its infancy at the turn of the century, would outperform other materials. But critics feared that the elevator would collapse due to the vacuum created when grain was emptied from the air-tight structure.

To prove them wrong, Haglin built the elevator to a height of 68 feet, filled it and emptied it. It was rock solid. The elevator was then raised to 125 feet and became the prototype for many others across the Midwest.