People thought inventor Walter Aiken was crazy when he proposed a railway to the top of Mt. Washington.  Aiken built a model of the roadbed and track with a cog rail system, but entrepreneur Sylvester Marsh is credited for launching the Cog Railway and bringing Aiken's ideas to fruition.

In 1858 Marsh applied to the New Hampshire Legislature for a charter to build and operate the steam railway and was granted permission in 1859.  Legend has it that an amendment was added offering permission to extend the railway to the moon.

Work started in earnest in 1866 after the Civil War.  The route follows a prominent ridge that runs from the base to the summit. The first train reached the summit on July 3, 1869 and has operated as a tourist attraction ever since. 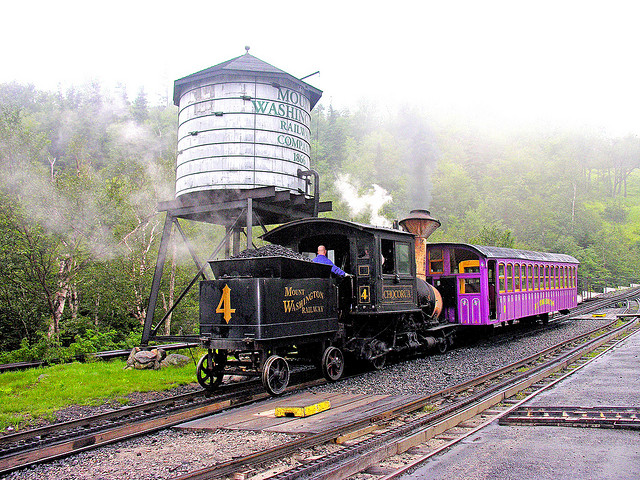