During the post-Civil War era, efforts to cultivate the land for higher crop yields resulted in the digging of thousands of miles of ditches to improve land drainage. Accurately graded ditches were needed for open drainage, pipeline trenches and placement of underground agricultural drainage tile. Teams of skilled workers laid out the direction and gradient of a ditch and dug it out with pick and shovel. The Black Swamp area, where Lake Erie drains into northwest Ohio and southeast Michigan, was the center of much of the U.S. ditching activity. The digging of ditches, however, was greatly changed by mechanical ditchers, introduced in the 1890s. The steam-driven ditcher cut in a single motion along a consistent gradient and was operated by two laborers. These machines replaced slow and costly hand labor. James B. Hill (1856-1945) patented the first successful traction ditching machine in 1894. Hill initially worked in a Bowling Green, Ohio, machine shop. He later moved to Deshler, then Carey, Ohio, producing ditchers in both locations. Hill moved to Findlay in 1902, where a foundry (Van Buren, Heck, and Marvin Company) produced the ditchers. The name was changed to Buckeye Steam Traction Company in 1906. The ditcher was also used in New Orleans, Africa, and Ontario, Canada, where later models still exist. Steam engines powered the ditchers until 1908 when gasoline engines and the 1920s when diesel engines replaced them. This steam-driven ditcher (No. 88) is the earliest surviving ditcher, built in 1902. It has been restored by the Hancock County Museum Association in Findlay. 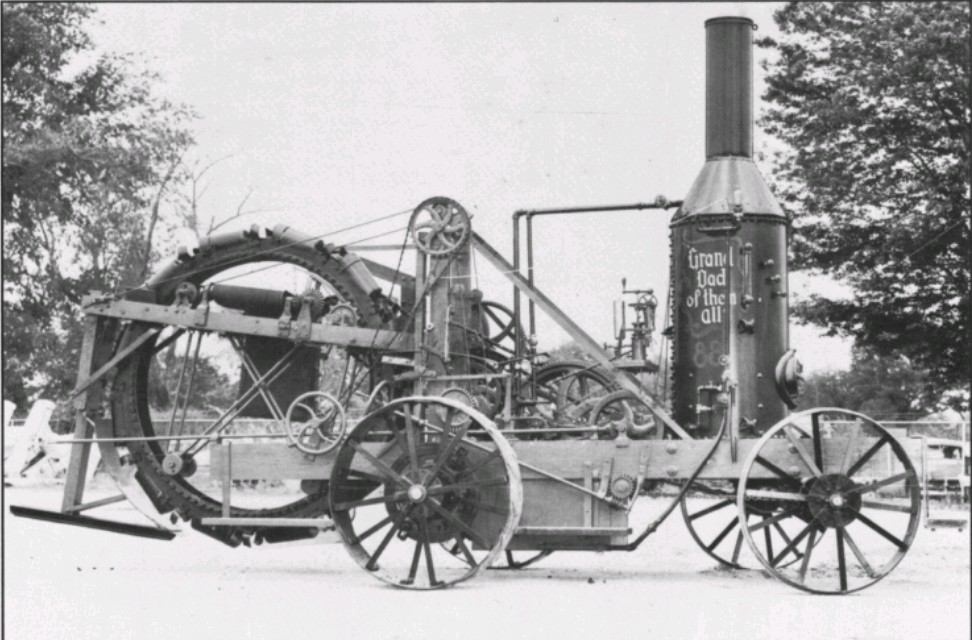