The Old Cape Henry Light house was the first construction project authorized by the First Congress. Constructed by John McComb, Jr. of New York City, this project set the stage for all subsequent public works projects of the Federal Government. In addition, this specific lighthouse was a vital navigation aid to all shipping through the Virginia Capes, thereby enhancing international and coastal trade with the Mid-Atlantic States.

Specifically authorized on August 7, 1789 in the ninth Act of the First Congress, this lighthouse became the first public works project of the United States of America. With this signal project, the Washington administration established the role of the United States Government in "internal improvements" to promote the national interest. From this event came all civil engineering projects using federal funds, including the dams and canals of the U.S. Corps of Engineers and the Bureau of Reclamation, as well as the Interstate Highway program of 1956 and the Federal Water Pollution Control Program of 1972. 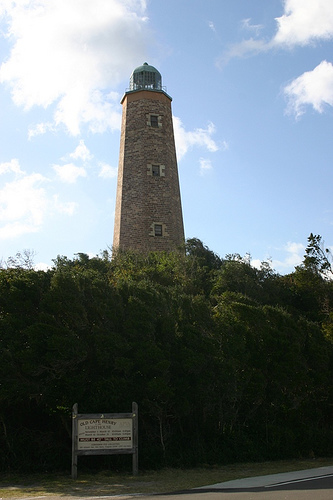