The William H. Chandler Chemistry Laboratory was conceived and planned by William Henry Chandler (1841-1906), professor, chairman, librarian, and acting president of Lehigh University. Designed by Philadelphia architect Addison Hutton and erected between 1884 and 1885 at a cost of $200,000, the building set the standard for laboratory construction for the next half century. Many historians and architects consider the Chandler Lab to be the first modern laboratory, due to its innovative ventilation and original design (Chandler used a contemporary modular bench layout, a highly original concept, to maximize the use of lab space). The building was not only designated a Historic Chemical Landmark by the ACS, but it also won a prize for its design at the Paris Exposition of 1889 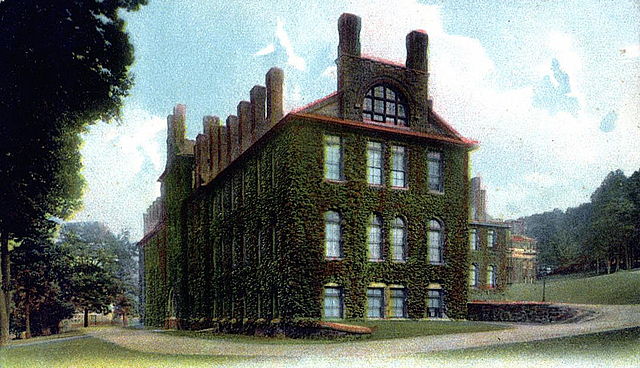