The Cornish-Windsor Covered Bridge is the longest wooden bridge in the United States and the longest two-span, covered bridge in the world. It is also a classic example of wooden bridge-building in 19th-century America. With copious supplies of timber at hand and a generous reserve of carpentry skills available, bridge builders in early America quickly discarded the masonry arches prevalent in the Old World. Instead, they opted for a revival of timber-truss designs dating from 14th century Europe.

Based on a design patented by architect Ithiel Town in 1820, the Cornish-Windsor Bridge represents the first major step in the evolution of American wooden bridges. With load-bearing joints fastened together by wooden pegs, Town's design uses a lattice  pattern that allows the load of the bridge to be distributed more evenly. Extending 460 feet across the Connecticut River and in regular use today, the Cornish-Windsor bridge continues to stand as a model of the economy and resilience of early American design. 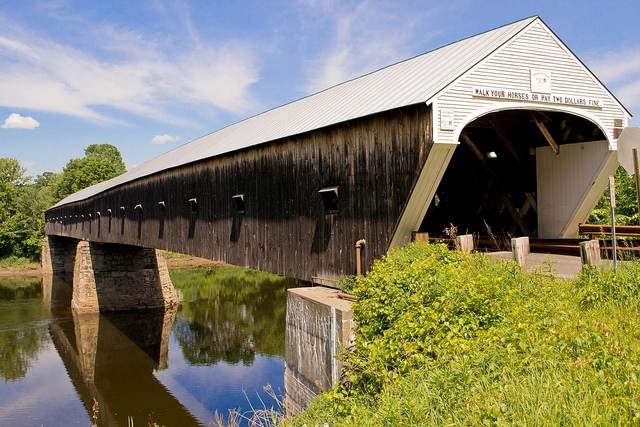