The Gota (pronounced yeu-ta) Canal is a 347-mile chain of lakes, locks, and rivers that provides a coast-to-coast connection from Stockholm to Gothenburg, Sweden. Construction of the canal was first considered during the reign of Gustaf Wasa in the early 1500's, but wouldn't become a reality for 300 years. In 1810, 60,000 soldiers under the command of former naval officer Baltzar von Platen began the construction effort.

Von Platen helped establish a primitive canal school, which lead to the creation of the Technological Institute near Stockholm in 1827, where leaders from mining, construction, and iron manufacturing industries received a theoretical education.  Today, it is known as the Royal Institute of Technology and is one of four universities in Sweden to provide education in civil engineering.

The canal lost some of its importance later in the 19th century when railroads proved a more efficient means of transportation. The waterway became one of Sweden's most popular tourist routes, and today hosts several cruise lines. 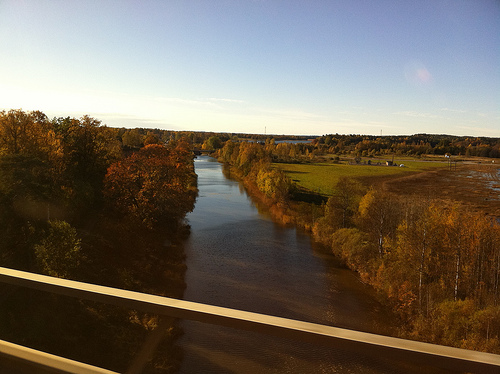