George Washington's concern over standardization of rifles for the Continental Army led to the formation of national armory and to his selection of Springfield as its site. Completed in 1794, it was the first national armory in the United States. Like the Robbins and Lawrence Armory, the Springfield Armory was an outstanding machining center for the design and mass production, employing notable engineers such as Thomas Blanchard (1788-1864), Thomas Warner, and Cyrus Buckland.

Blanchard's lathe (1819) could duplicate irregular-shaped parts, specifically wooden gun stocks that previously had to be hand carved. It could produce two and then nearly a dozen rifle butts at a time. This technology was applied to many products such as ax handles and shoe lasts and was the predecessor to metal machine tools such as the turret lathe.

Finishing processes, milling operations, materials treatment, and research and development practices were established during its many years of operation. Thomas Warner is credited with making interchangeable part production possible. Cyrus Buckland developed a precise set of gauges here, which contributed greatly to manufacturing standards. The armory was in use until 1968 and now is both a museum and location of the Springfield Technical Community College. 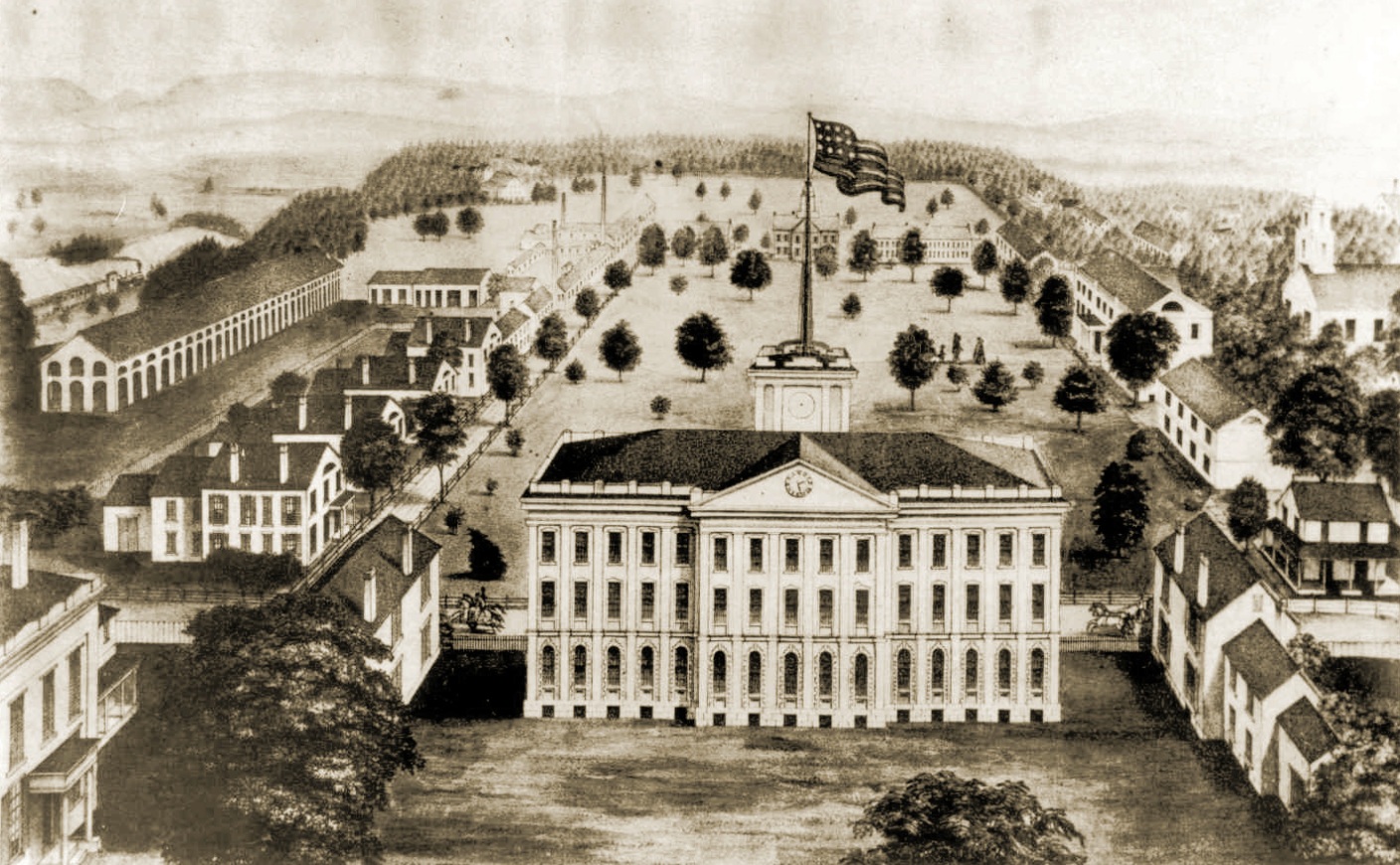 This illustration from 1850 shows the growth of Springfield Armory since its inception in 1794. The building in the foreground is the Main Arsenal building that acts as the Springfield Armory National Historic Site visitor center today.
Address:
202-206 Pearl Street
Springfield, MA, USA